Zig-Zag: These Are Top Five Cryptocurrencies with Negative Correlation to Bitcoin

Alex Dovbnya
?? Bitcoin has always ruled the roost with altcoins copycatting its volatile price swings, but there are some anomalies? 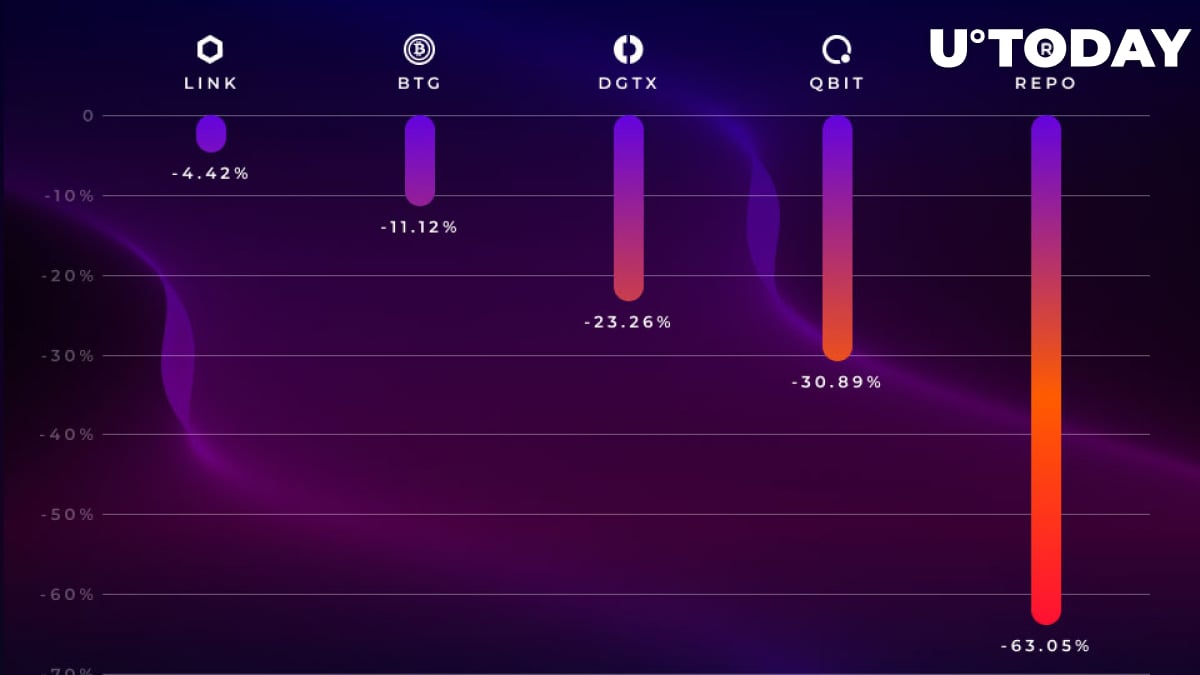 The DataLight report shows that Repo Coin (REPO) recorded a 65.03 percent negative correlation during the period from April 2018 till March 2019. Its price stubbornly refuses to follow Bitcoin, which is a rare occasion for the lion’s share of popular altcoins.

Giving up on Bitcoin

Repo Coin is tapping into the auto-repossession market. If the car gets successfully recovered, the users who reported this vehicle are awarded with REPO tokens.

QBIT and DGTX also refuse to dance to Bitcoin’s tune with their negative correlation reaching 30.89 percent and 23.26 percent respectively. They are followed by Bitcoin Gold (BTG) and Chainlink (LINK).

In layman’s terms, a negative correlation means that the price of any of these assets on the list usually goes up when Bitcoin goes down. Hence, it could help balance out your portfolio during a period of increased volatility.

As reported earlier by U.Today, Binance Coin (BNB) looks like another contender to decouple from Bitcoin. Its recent up-and-downs were not in synch with the number one digital asset.