WSJ: Libra Is a License to Print Money 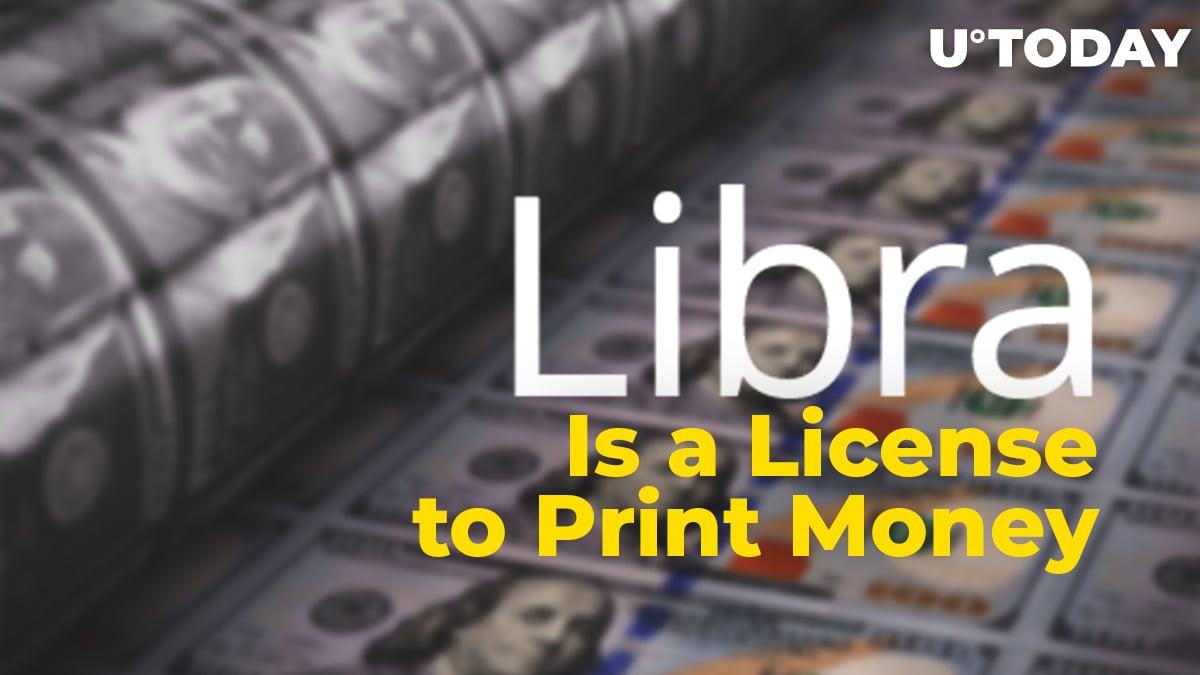 Prior to that, regulators and politicians around the world expressed their concerns about the ambitious project while Facebook’s co-founder explained why it could be dangerous for the global financial system.

As reported by U.Today, Facebook launched its Libra cryptocurrency on June 18 after teaming up with such juggernauts as Visa, Paypal, Mastercard.

Mackintosh points out that the $10 mln fee that these companies forked out to be part of the Libra consortium will generate them great returns (up to 40 percent).

A roster of corporations that got behind it from the get-go will be able to get the interest on tens of billions in reserves when Libra becomes a go-to currency for a large chunk of its Facebook’s 2.4 bln audience.

Even if the new coin doesn’t manage to reach a sufficient level of adoption, the early backers will be just fine since they would find other ways to remain profitable (such as brokerage fees).

Libra holders will pay the price

Facebook seems to pitch Libra to its enormous user base as a stable alternative to volatile cryptocurrencies (the coin will be backed a slew of fiat currencies).

However, its reserves could still drop in value that would depreciate Libra as well.

The coin’s holders will also end up on the losing side in case a black swan event that affects the reserves given that there is no capital insurance.

Hence, the losses will also lie with the users of Libra, not its backers.