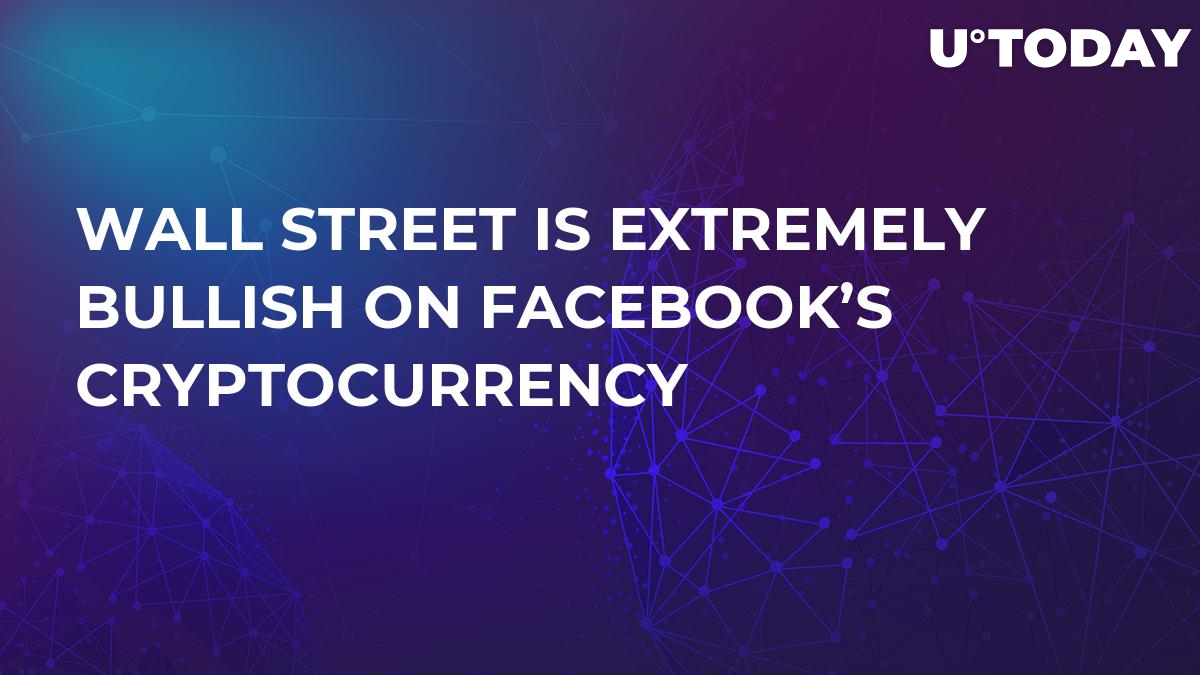 Social media juggernaut Facebook is about to launch its Libra cryptocurrency, which, as expected, is currently on everyone’s lips.

According to a recent CNBC report, financial analysts appear to be on the same page when it comes to bullish Facebook predictions.


Related
Facebook Could Rake in $19 Bln After Rolling Out Its Cryptocurrency: Barclays

The talk of the town

There is a schism in the cryptocurrency community concerning Facebook’s foray into crypto. While some think that Facebook undermines Satoshi Nakamoto’s vision of a decentralized cryptocurrency, prominent influencers, including Mike Novogratz and Anthony Pompliano, look at the bright side.

On the flip side, major Wall Street players seem to agree that Facebook’s stock will see plenty of love once the company unveils its much-talked-about crypto project.

SunTrust, MoffettNathanson, Bank of America stick with a “buy” rating on Facebook.

MoffettNathanson goes as far as claiming that the Mark Zuckerberg-led company aims to become the biggest e-commerce platform on the planet.

We believe a Facebook cryptocurrency-based payments system could be especially useful in countries with high inflation/unstable banking systems and for cross-country remittances. So, Facebook’s commerce ambitions do not appear to be limited to developed markets. Rather, Facebook has its eyes set on becoming the world’s leading ecommerce platform as well.”

Not the right company?

As reported by U.Today, Facebook joined forces with VISA, Paypal, and a slew of other startups that became part of the Libra consortium for a whopping $10 mln fee.

The company itself remains radio silent about its crypto ambitions, but there have been countless reports on that topic since December.

We are about to see a fiat-pegged stablecoin that will be integrated into Facebook, Instagram, and WhatsApp.

After being plagued with huge data scandals, Facebook will probably have a hard time convincing regulators to green-light its new cryptocurrency. Hence, it might be a promising idea, but not the right company to pull it off.