Alex Dovbnya
If you think that Libra will fail, you learned nothing from Facebook’s success story (and that’s the scary part) 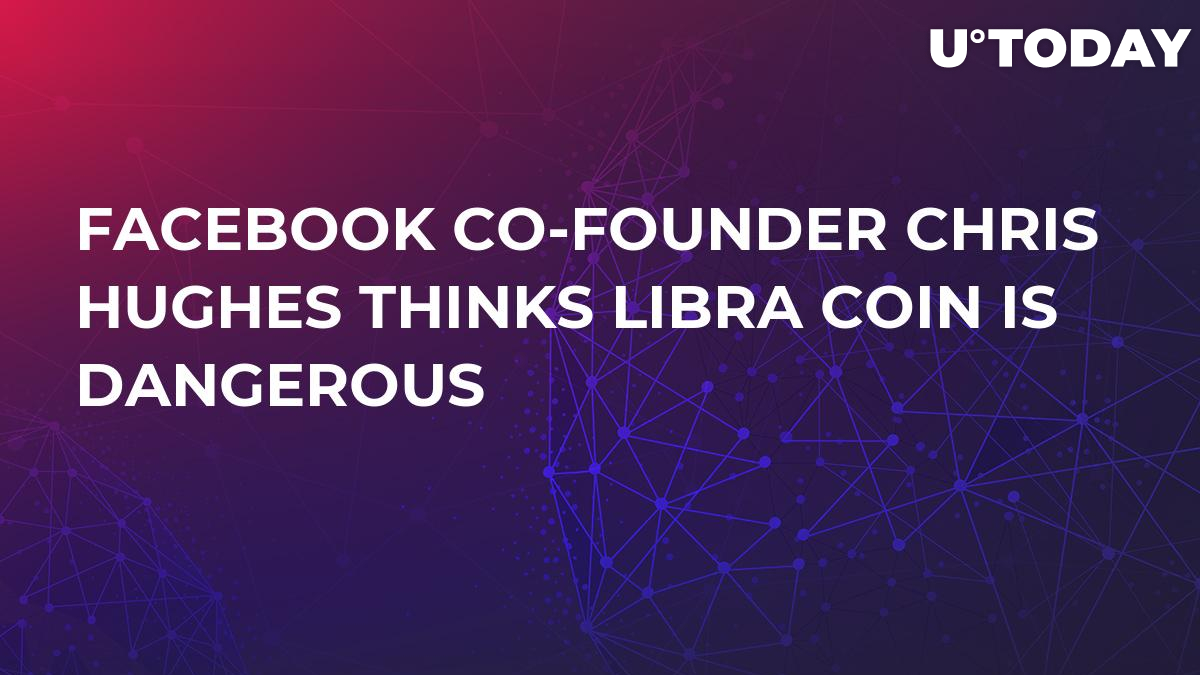 Regulators and politicians around the globe are not the only ones who are concerned about Facebook’s crypto ambitions. In his recent Financial Times op-ed, Chris Hughes, the entrepreneur who amassed a whopping $430 mln fortune as one of Facebook’s co-founders, claims that the social media giant went too far with its recently announced Libra cryptocurrency.

1. #Libra has a long way to go before being successful, but in theory, it's brilliant and frightening. At the start of the week, I thought the problem would be that it would reinforce Facebook's corporate power.

According to Hughes, the fact that Facebook joined forces with a slew of other corporate giants (Visa, PayPal, Uber, etc.) to run the Libra coin doesn’t make this initiative “less frightening.” If the project sees even moderate success, it could have serious economic implications on a global scale.

While many believe that Facebook somehow threatens Bitcoin, it’s actually corporate money vs. government money, and Hughes is not a fan of the former.

This currency would insert a powerful new corporate layer of monetary control between central banks and individuals. Inevitably, these companies will put their private interests — profits and influence — ahead of public ones.”

Hughes further explains that Libra is simply a tool that would allow corporations to become omnipotent by taking power from central banks.

The entrepreneur actually argues in favor of a centralized economy since it allows countries to efficiently manage their own economy during financial crises.

Libra, which is supposed to weaken state-issued currencies, would make it nearly impossible to stimulate local economies.