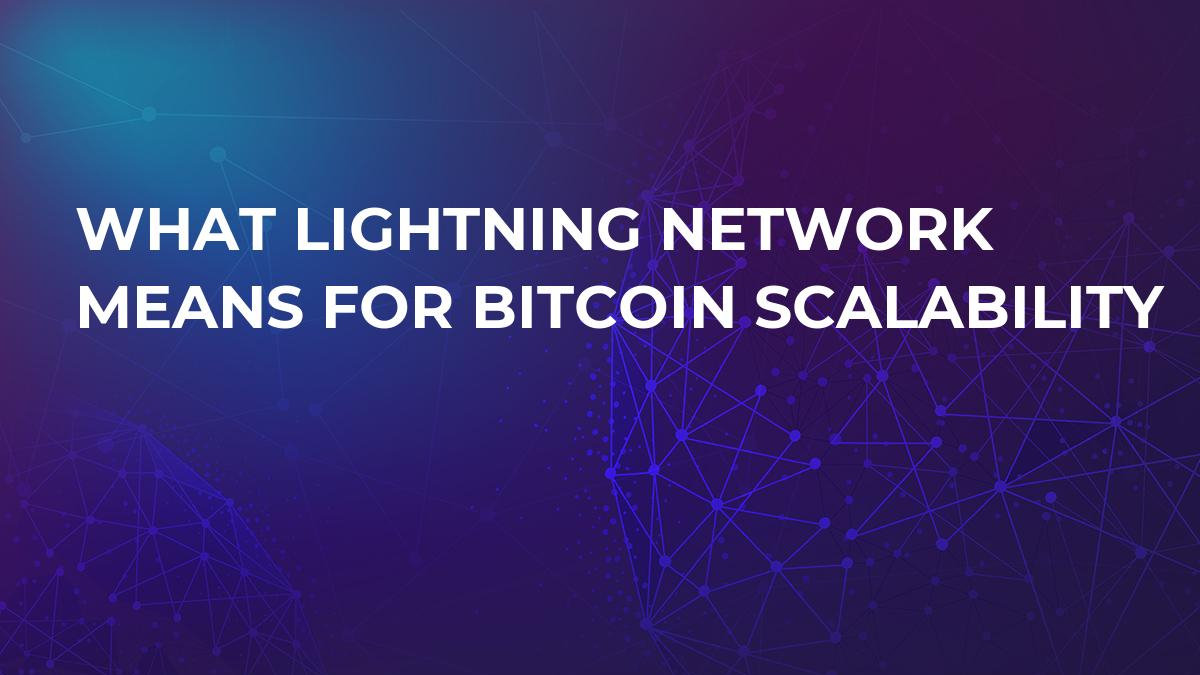 Bitcoin’s developers have been investigating scaling solutions for several years, and when they finally settled on a combination of SegWit and Lightning Network, the community was bitterly divided. With the fork of Bitcoin Cash and the death of the potential SegWit2x fork, it seems like the majority of “big blockers” have left the community, leaving the path open to implementing Lightning Network (LN).

LN uses a concept called “payment channels” which enable transactions to be made outside of the Bitcoin Blockchain. All these “off-chain” transactions are eventually aggregated, and the net changes are posted to the Blockchain. To make this easier to understand, consider what happens if you are trading on an exchange.

Let’s say you start with 10 BTC, then you earn 2 BTC by trading, then you earn 4 more BTC from another profitable trade, and finally you lose 1 BTC in a bad trade. The exchange doesn’t actually make three Blockchain entries; instead, the exchange waits until you decide to withdraw your funds and then creates only one transaction on the Blockchain. Instead of making three entries on the Blockchain for +4 BTC, +3 BTC and -1 BTC, the exchange would send you +6 BTC in a single transaction.

This is also similar to what happens when you use your credit card. Banks don’t actually send each other millions of small transactions each day. Rather, at the end of the day, banks aggregate the total debits and credits and settle their accounts with each other in a single transaction.

Lightning Network has its critics, though. Some have argued that the use of LN defeats the purpose of the Blockchain. By taking most transactions off-chain, you no longer have a universal, auditable ledger. Supporters argue that LN is an optional feature, so nobody will ever be required to use it. People who want to send Bitcoin to each other in the same way as before, directly on the Blockchain, can still do it.

Other critics think the idea won’t really allow Bitcoin to scale that much, because payment channels won’t save that much space on the Blockchain. They contend that most people don’t regularly transfer value back and forth between the same parties multiple times. If Bob sends Alice 1 BTC, and the two parties never transact with each other again, then the use of LN would not have saved any space on the Blockchain. LN only really shines when two or more parties transact with each other repeatedly.