Yuri Molchan
Small- and medium-sized whales keep accumulating Bitcoin, adding around 170,000 BTC in the past six weeks, according to recent analytics data 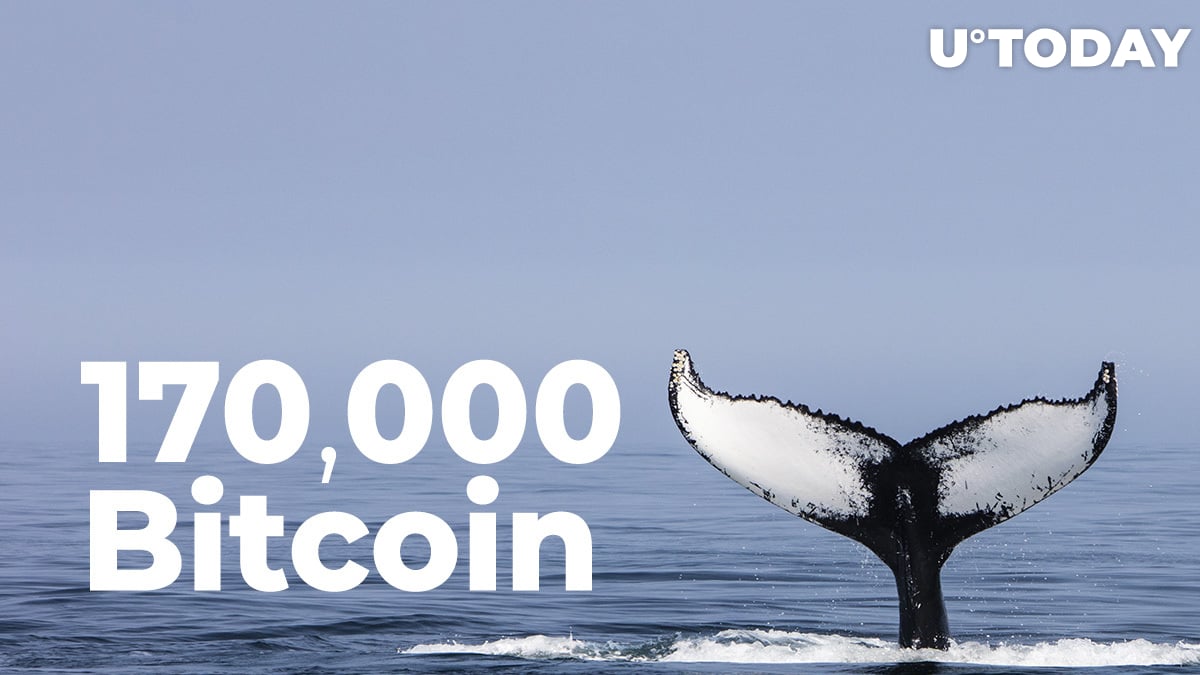 Data provided by popular analytics team Santiment shows that large Bitcoin holders (also referred to as whales) continue to buy the flagship cryptocurrency on the dip for long-term storage, while short-term holders keep selling BTC, allowing the market to shake off the "weak hands."

According to a recent tweet by Santiment, BTC whales (with wallets holding between 100 and 10,000 Bitcoins) have been purchasing BTC since May, when the largest crypto began descending from its all-time high near $65,000.

? #Bitcoin whales holding between 100 and 10,000 $BTC continue accumulating since the May plummet that shook out many weak hands. These addresses have now accumulated 130,000 more $BTC in the past 5 weeks, and 40,000 more in just the past 10 days. ? https://t.co/sjslBWPa0Z pic.twitter.com/EppJ8bTX7O

As reported by U.Today previously based on CryptoQuant data, whales with wallets that contain between 1,000 and 10,000 BTC have also been adding Bitcoin to their holdings. These wallets now hold approximately 57,000 Bitcoins, while short-term holders and miners were selling their coins back then.

A chart provided by the Glassnode analytics company shows that long-term holders keep accumulating Bitcoin, while short-term ones continue to dump their Bitcoins.

Prominent crypto analyst and trader based in Amsterdam, Michael van de Poppe, has taken to Twitter to share his take on the recent moves made by Bitcoin.

On Monday, July 26, the king crypto managed to recapture the $40,000 level ahead of the Tesla Q2 earnings report release. This was achieved despite the negative Bloomberg report about Tether being under criminal investigation again, and largely thanks to the rumor about the Amazon giant preparing to start accepting Bitcoin and a few other main cryptocurrencies: Ethereum, ADA and Bitcoin Cash.

However, after it turned out that Tesla reported an impairment loss of around $23 million because of Elon Musk's BTC bet and Amazon denied the rumor about alleged Bitcoin acceptance and creating its own coin, BTC went down sharply.

Michael van de Poppe believes this is not strange since the market just reached a new higher high and is now looking for a higher low.

#Bitcoin rejects at the range high, which isn't strange.

The market has made a new higher high and is in search of a higher low.