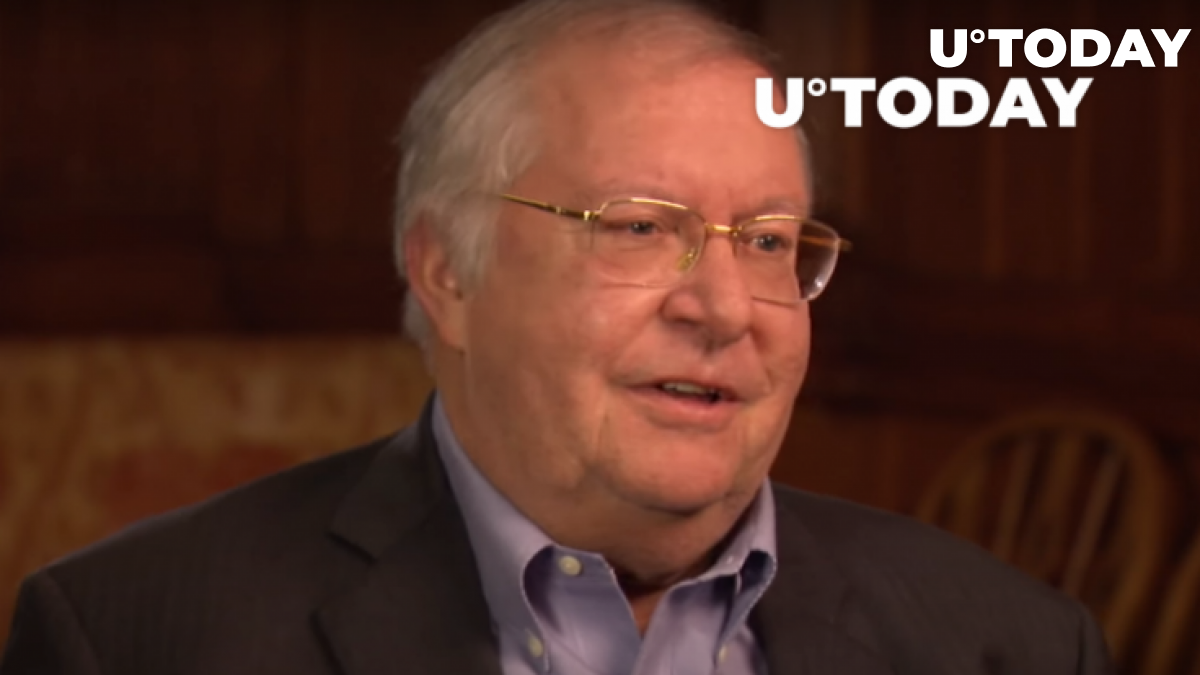 During a recent interview on CNBC's "The Exchange," American investor Bill Miller opined that Bitcoin gets less risky when it surges higher:

One of the interesting things about Bitcoin is that it gets less risky the higher it goes.

How high will it go? Miller expects the largest cryptocurrency to soar up to 100 percent in the next 12-18 months:

In terms of a price target, I don't have a price target. I have price expectations which I think Bitcoin from here anyway should probably be up 50-100% from here in the next 12-18 months.

He mentioned that Bitcoin had had three major corrections while recommending weak hands to stay away from the cryptocurrency since he expects to be "very, very volatile":

If you can't take take, you shouldn't own Bitcoin.

The 71-year-old investor doesn't seem to be concerned about regulators cracking down on Bitcoin since the cryptocurrency is decentralized:

You can't cut the head off a snake here. [Bitcoin]'s decentralized...That series of guidelines that came down from FinCEN...there's been close to 7k comments on that...the market clearly isn't worried about it.

Bitcoin and other assets

When asked why Bitcoin is similar to Tesla, Miller replied that "it's going up because it's going up":

Everybody considers it a giant disruptor in the auto market [...] Right now, I think, it's going up because it's going up [..] The market doesn't care about innovations.

Speaking of plunging gold, he thinks that the bullion is attractive at its current level of $1,836 but he warned that owning it and ignoring Bitcoin was a big mistake:

Warren Buffett famously called bitcoin “rat poison.” He may well be right. Bitcoin could be rat poison, and the rat could be cash.