Venezuelan Petro on Pre-Sale, How Has it Been Received?

Darryn Pollock
Tuesday saw the government of Venezuela launch the pre-sale for its Petro coin, so what is it all about? 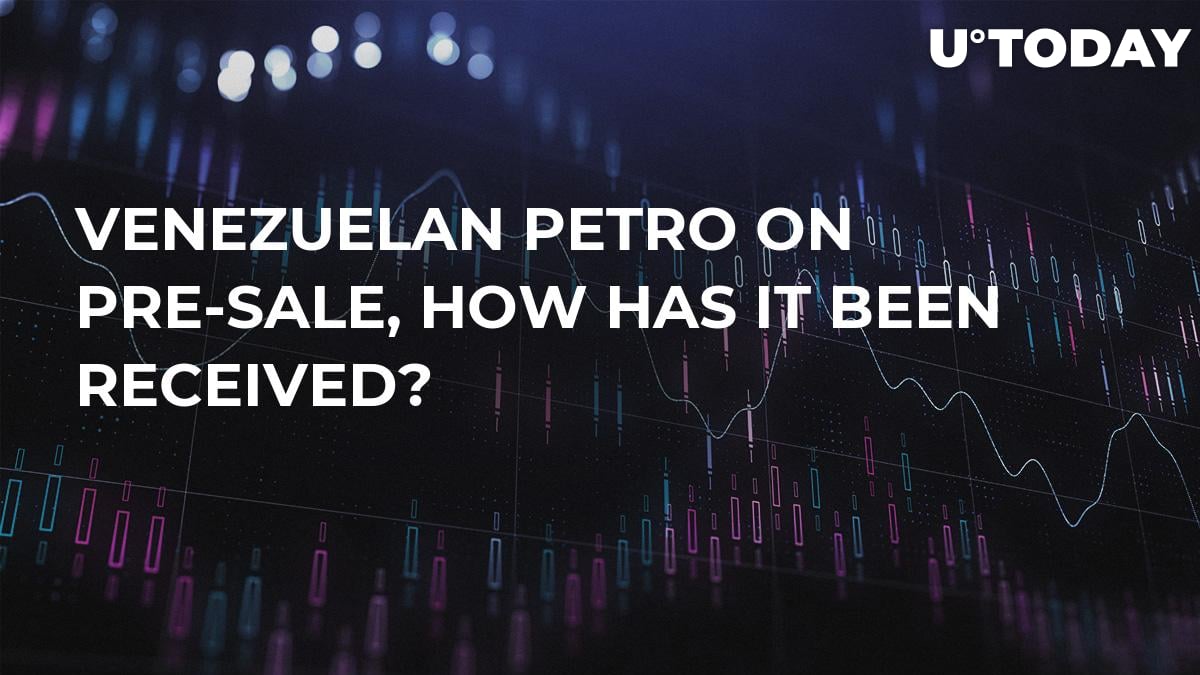 The Venezuelan government built and oil-backed digital currency called the Petro took its first steps towards being a functional alternative to a currency facing hyperinflation on Tuesday as it went on pre-sale.

The government released information and guides on how to use it as well as what its uses are, including paying taxes, fees and other public needs.

It was first proposed in early December 2017 by President Nicolas Maduro as a way to circumvent US sanctions, amid an economic crisis and a plunge in the value of the local currency, the Bolivar.

Tuesday marked the first occasion where citizens could start buying up the Petro, with 82.4 mln tokens available initially.

Maduro declared at the launch:

"The Petro is born and we are going to have total success for the welfare of Venezuela. ... The largest and most important companies and Blockchain in the world are with Venezuela, we are going to sign agreements."

The Petro is directly tied to the price of a barrel of oil, meaning that its price will be determined by the closing price of oil the day before.

This is the first instance of a governmental backed digital coin being sold to its citizens, but it has already attracted much criticism.

From outside of Venezuela there has already been condemnation of this ploy as US Senators Marco Rubio and Robert Menendez denounced Venezuela's cryptocurrency in an open letter in January.

Within Venueula, the opposition-run congress declared that the Petro would be illegal. The legislative body argued that the issuance would effectively be borrowing against the country's oil reserves, thus violating laws setting out that Congress must approve government borrowing.