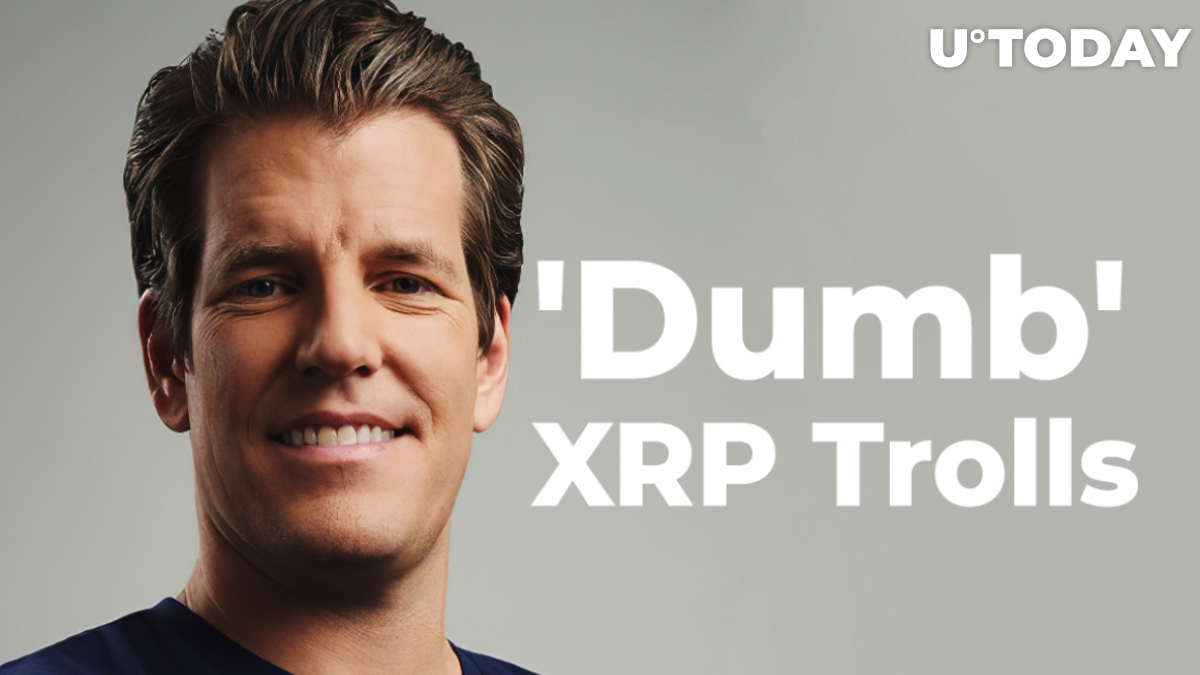 Gemini CEO Tyler Winklevoss has clapped back at “dumb” XRP trolls after they tagged the U.S. Securities and Exchange Commission (SEC) on Twitter to take action against the exchange.

By tagging SEC Enforcement you are taking the position that Ripple is a security. SMH?‍♂️https://t.co/Bs6m3QZond

Winklevoss explains that the militant crypto community inadvertently acknowledged that XRP is a security, something that Ripple vehemently denies.

It started with Chainlink

The bone of contention between the Winklevii and the XRP Army was the recent listing of Chainlink (LINK), the 14th biggest cryptocurrency by market cap.

Meanwhile, XRP, which still holds onto its third place, is yet to land on the Gemini exchange, which rubbed many community members the wrong way.

Eventually, Twitter user @galgitron took the matter in its own hands by urging the SEC to investigate Gemini, a private company, for refraining from listing XRP.

Tagging the SEC on Twitter is probably the last thing that XRP investors want to as a two-year class-action lawsuit against Ripple drags on. The investors who took the blockchain decadron to court in 2018 accused it of selling XRP as an unregistered security.

As reported by U.Today, a federal judge denied Ripple’s motion to end the legal battle against the company back in February.

The worst part for XRP holders is that the SEC can still argue its own case and recognize the token as a security even if Ripple wins the suit.