Yuri Molchan
Tron has been most active over the last few months, having demonstrated aggressive progress and a market value increase 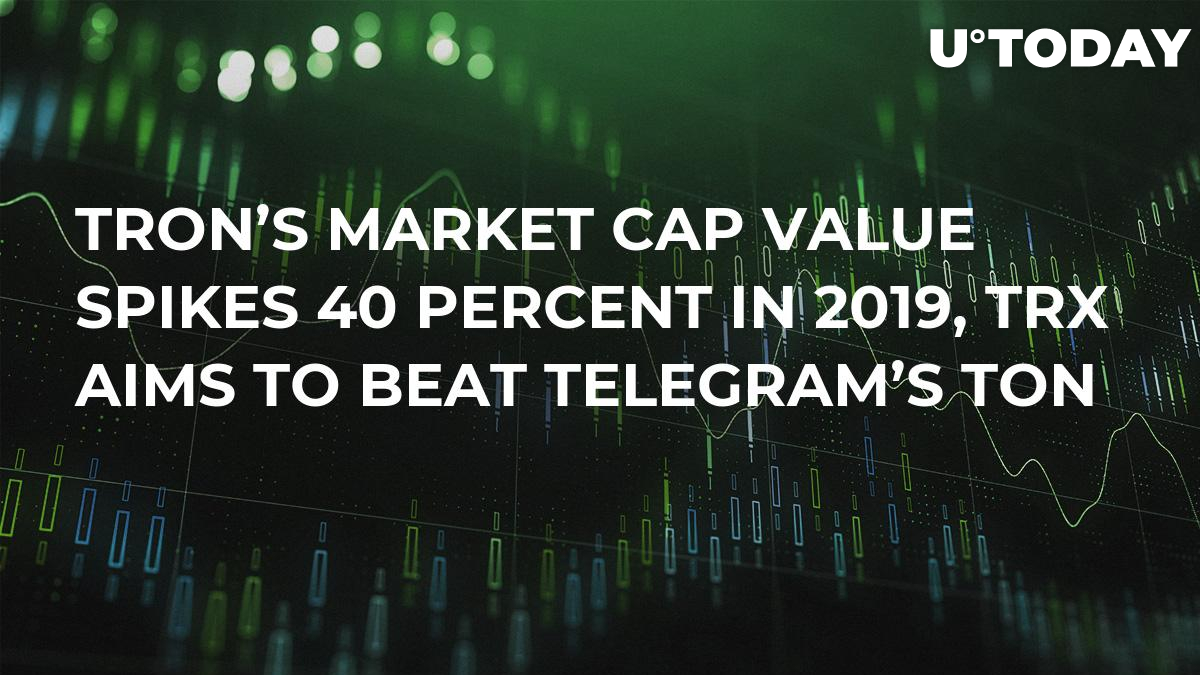 Since its triumphal rise in December 2017, the crypto market heavily dropped throughout all of 2018. All digital assets then showed a tremendous collapse. However, Tron (TRX) managed to make a great technical advance, as well as strike numerous new partnerships. All of this helped TRX increase its market cap on an impressive scale.

At the time of writing this, TRX is trading at $0.0252. Compared to Bitcoin, it’s not so great. Still, as early as just four weeks ago, the coin was going at half of its current price on exchanges.

Over a month ago, Tron was the holder of the #11 position by its market cap value. Then it gradually moved to spot #10. After that, outperforming the hard-fork-born Bitcoin Cash SV, it got to position 9. Having briefly replaced Tether in place #8, it now occupies place #9 again.

Only two weeks of the new year have passed, however, Tron’s market cap has spiked 40 percent already.

Compared to EOS and Ethereum, Tron hosts a lot fewer dApps. Still, despite this fact and a fewer number of use cases, Tron seems to have potential for growing much faster than any other crypto in current market conditions.

Currently, Tron is welcoming dApp developers from other platforms, especially from EOS and Ethereum, and ensuring they get excellent financial conditions. Several famous dApp games have already migrated to Tron, one of them being TronGoo (formerly, EthGoo), which came from Ethereum.

We are happy to announce Top ETH dApp creator of HyperDragons @MixMarvelGAME has released Epic Dragons on TRON over the weekend which is now ranked #2 across all Gaming dApps' according to @Dappradar #blockchain #gaming #crypto https://t.co/WqhSyssRTN https://t.co/XkGg4Ug6Ha pic.twitter.com/6AuuNCIE1w

Developers along with their dApps keep jumping under Tron’s wing, since EOS and Ethereum now seem slow, expensive to use and sometimes even problematic for exploitation. Every new decentralized app that joins the Tron network or the Tron Arcade gaming fund will, experts believe, push the coin’s price upwards.

Launched in the second half of 2018, the Atlas project intends to combine the BitTorrent network, which Tron also bought in 2018, as reported by U.Today earlier, and Tron’s blockchain. The users will be rewarded with the BitTorrent (BTT) coin, powered by Tron.

The idea is that Tron will integrate the hundred million BitTorrent users into its network, expanding the Tron-based economy.

In this plan, Tron seems to also compete (perhaps unaware of that) with the Telegram messaging app that conducted a closed ICO in 2018, intending to create the TON (Telegram Open Network) with its own coin, Gram, for hundred millions of users around the world.

Presently, Tron is growing where other crypto projects are staggering. As U.Today reported earlier, one of the goals Justin Sun has set for 2019 is to widely expand the Tron community and enter the top-four line of coins by market cap. Experts believe that there are good chances of achieving this.