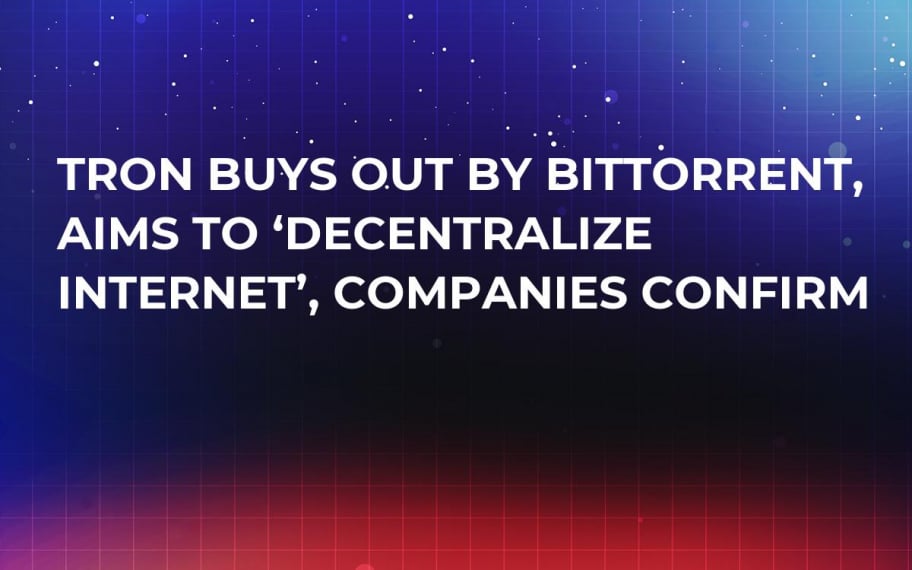 Back in spring news was spread that head of the TRON foundation Justin Sun was about to purchase BitTorrent Inc.

The file-sharing service from San-Francisco mentioned interest from TRON with some details to follow in a few sources but no official comments came from BitTorrent or Sun himself.

Now it is official

Earlier today, both companies confirmed the deal. From now on, the Silicon Valley company with its subsidiary uTorrent and its cutting-edge software will help TRON continue to roll out.

The file-sharing company will now move to the TRON’s office in San-Francisco to work from there. The teams of both startups plan to mix so as to give the TRON platform a large upgrade and make it even more attractive for customers than before.

The TRON CEO believes that their new team member is perfect for decentralizing the internet. Sun plans to continue using the original BitTorrent protocol but wants to update it through the joined efforts of the two platforms.

So far it is vague how exactly TRON platform intends to use BitTorrent, since no specific details have been announced yet but one thing is clear – the companies will stick to the TRON’s plan of decentralizing the web. According to Sun, the Internet belongs to people.

Earlier the media sources mentioned the figure of $140 mln that TRON paid for BitTorrent and its intellectual property. Justin Sun even had to go to court to close the deal, since BitTorrent violated the contract terms and went looking for another buyer after giving consent to merge with TRON.