Vladislav Sopov
EOS.IO (EOS) and TRON (TRX) are the main second-generation dApps hostings competing with Ethereum (ETH). Thus, both are very senstitive about each other's successes. 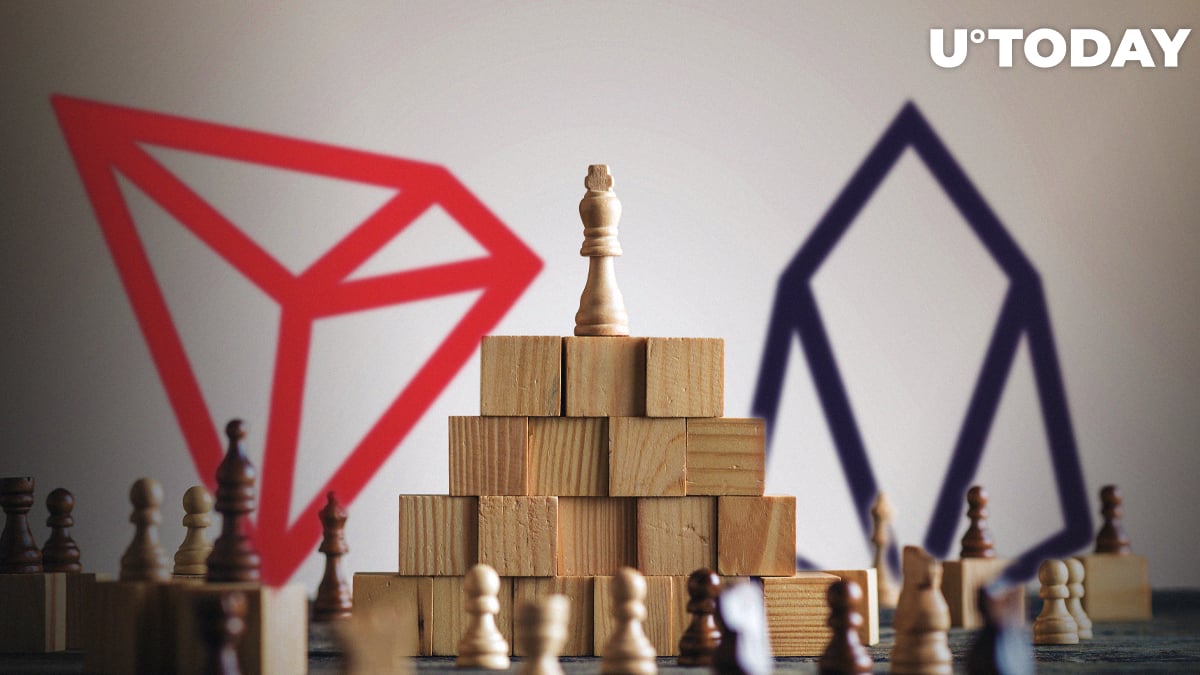 Tron Foundation, a start-up that is running TRON (TRX) dApps platform and ecosystem, excited community with a proud tweet about the achievement of a long-anticipated milestone. But what does it really mean?

Do We Have A New Number Two?

Yesterday, Tron Foundation tweeted that it had finally surpassed EOS.IO as a decentralized applications platform and had become 'first-after-Ethereum' dApps hosting.

According to the latest report from @DappReview, that specializes in collecting and analyzing #Dapps, the number of #Dapps has increased dramatically at #TRON and has surpassed #EOS as the second largest developer platform. https://t.co/mejSJ2qTSo

By the way, according to the mentioned 2019 Dapp Market Review by DappReview, EOS.IO (EOS) hosts 668 decentralized applications while TRON hosts 663 dApps. Also, EOS still surpasses TRON by 35% in dApps transactions volume in USD.

It is a number of active dApps when TRON really surpassed EOS by 0,63% or 4 dApps in absolute numbers. But in two parameters, TRON showed really brilliant progress. In 2019 TRON grew 43,8% faster than EOS with 579 new dApps. Also, TRON exceeds EOS by 35% in regards to daily active users.

The Breakthrough of The Year

Here's the award the Tron Foundation really deserves to win. Partially, such a splendid success may be explained by its focus on the high-risky and casino dApps. The abovementioned review even called it “Las Vegas on the blockchain” since 8 of its 10 top dApps are crypto-oriented casinos.

But Tron's Justin Sun doesn't care about such details. He ruffles the community by the rumors on new acquisitions and plans to cement the TRON's leadership in Gen2 dApp hosting room.