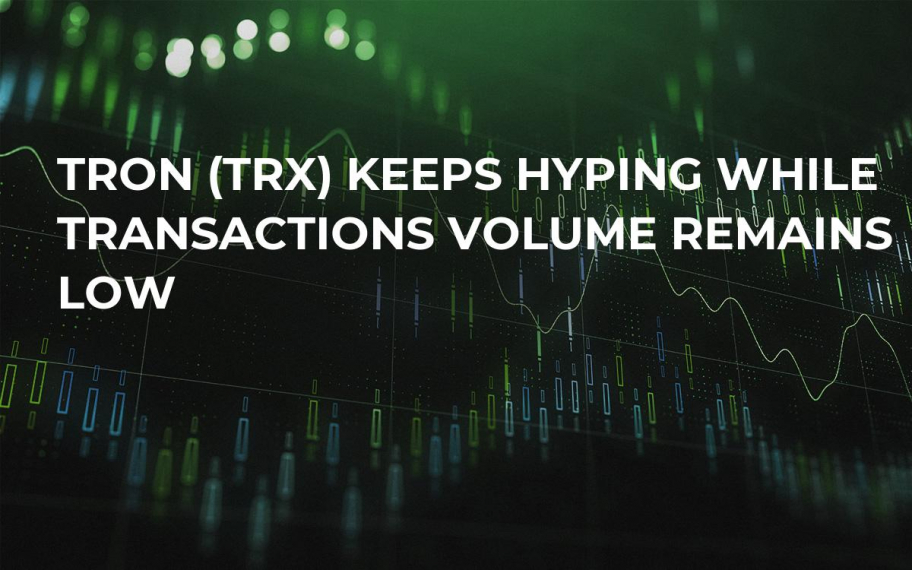 The TRON network keeps building activity, even though the amount of transactions with the tokens is still far from big one. It has been slowing rising as exchanges unlock their TRX wallets. However, it is just about 10,000 operations daily in comparison to similar networks, like Ethereum, which carries out over half a million transactions daily.

Meanwhile, TRON continues the elections. Now there are six Super Representatives confirming the network transactions and more candidates are on the horizon. The companies wishing to be elected to verify TRON’s work often propose payment to be voted for.

Currently, there are almost 90 candidates wishing to get the position of a Super Representative. They include Antpool, the largest Bitcoin mining pool, connected to Bitmain, the ASIC producer company. So far, the most votes have been given to Skypeople– over 250 mln coins.

Until the voting is over, TRON operations are verified by block producers selected by the platform’s team.

The good news for the network is that now TRX is supported by the Ledger wallet.

The rewards promised by the candidates are keeping users from distributing their votes and partly because of this such a small number of Super Representatives have been elected so far– just a few instead of 27.

The users’ desire to obtain the rewards is slowing things down.

Even though, the TRON network keeps developing and growing, the coin’s rate is still in red and is going down towards $0.03 point.

Almost 42 percent of all TRX trading deals is performed against Tether (USDT). The highest volumes of USDT tokens against TRON are trading on Binance and OKEx. Nevertheless, the price of TRX remains bearish.