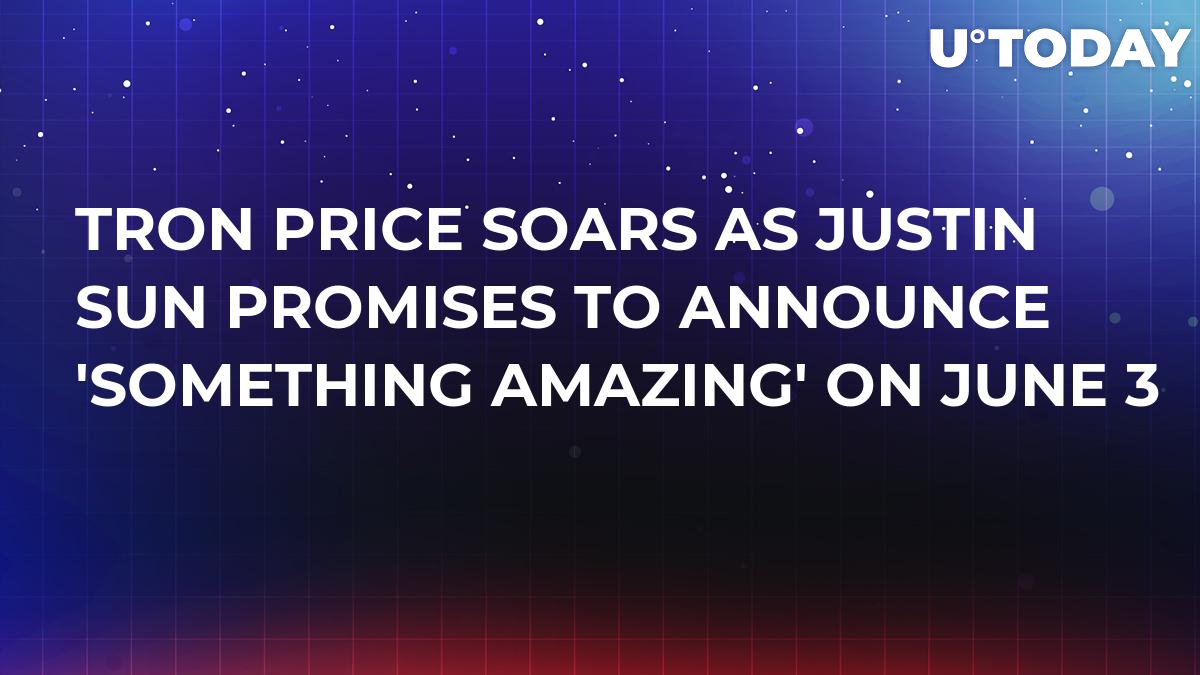 Earlier this week, Justin Sun tweeted that something exciting was going about BitTorrent and Tron, promising details after June 1.

Today is June 1, and the Tron price is surging 13 percent. Besides, now Tron is back on spot 11 on CoinMarketCap.

‘Something amazing’ – is that BTFS?

Yesterday, on May 31, Justin Sun announced that Tron and BitTorrent are working on BTFS – BitTorrent File System.

BTFS is a new decentralized solution for data storage from BitTorrent, which intends to enable all 100 mln users to get each other to store files on PCs. The whole army of Tron’s nodes, as well as Super Representative nodes will be also engaged in that.

Check out our plan of #BTFS roadmap! The BTFS roadmap holds many exciting new developments in the future. #BTFS will also be integrated with BitTorrent to bring the network and its benefits to over 100 million users. #BitTorrent #BTT $BTT pic.twitter.com/QTOZpA5oMf

Still, in the original tweet, Sun promised details of this ‘something amazing’ thing after June 1. Now he has specified the date, urging everyone to stay tunes and see another announcement on June 3, Monday.

Tron is back on spot 11 CMC

Recently, TRX was pushed from its position 11 on CMC to spot 12. It happened after Craig Wright registered a copyright on Bitcoin whitepaper and Bitcoin SV started its aggressive surge, breaking back in the top ten line of coins.

Besides, Justin Sun has promised that BTT would be in top 30 in Q3 and said that TRX would be back in top ten in June.