Yuri Molchan
Earlier this week, Block.One has mentioned that on June 1 a major announcement would be made, EOS price is already surging 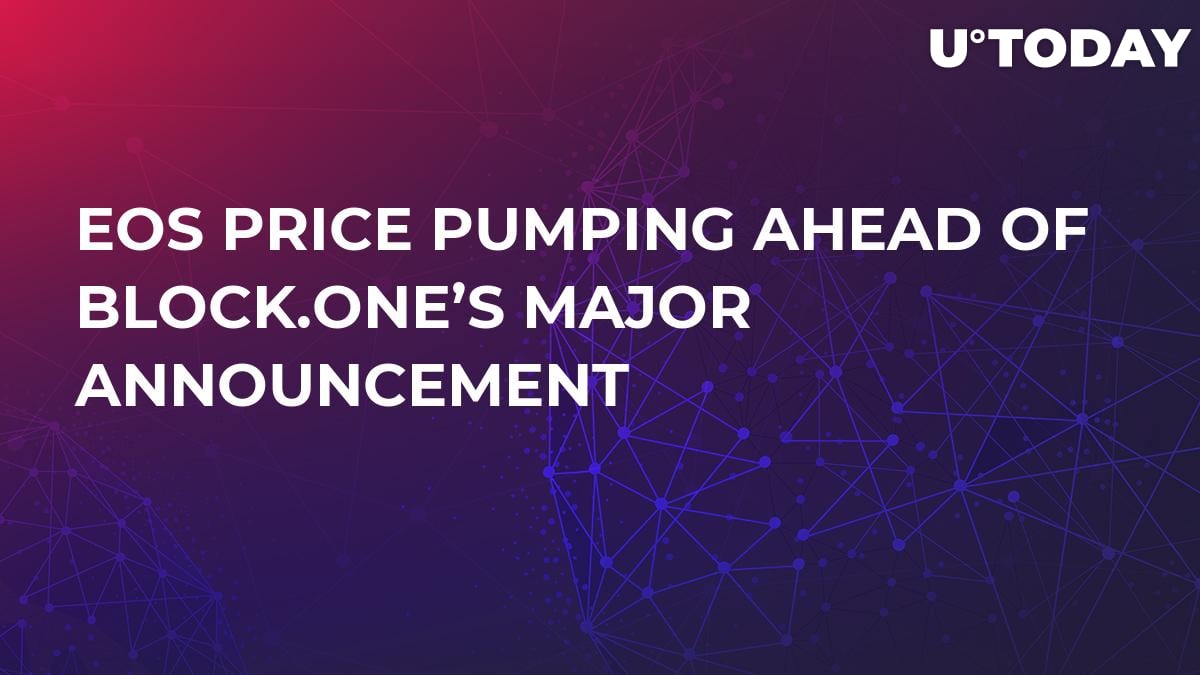 Previously, this week U.Today reported that Block.One, the emitter of EOS cryptocurrency, promised to make a major announcement on June 1.

Today is the day. EOS price is pumping.

What is Block.One up to?

Recently, Block.One has started a buyback of its shares, showing a major confidence in its future projects. Mike Novogratz and his Galaxy Digital fund were among the investors who sold its Block.One stock back to the issuer.

Also, it was reported that Block.One had acquired a trademark MEOS, which is most likely to be for a decentralized social media platform that company is building.

The website set up specially for the announcement has been promising to reveal it on June 1, which is today.

Today, Dan Larimer, one of Block.One co-founders has reminded the community about the coming announcement in his Twitter handle.

The crypto community is very excited about that, filling the comment thread with positive expectations.

Ahead of the promised announcement, EOS price is spiking. At press-time, the coin has risen by over 12 percent and is trading at $8.31.

All the top ten crypto assets are rising today, enjoying the sea of green. However, EOS is the best performing coin so far, closely followed by Tron’s TRX (+11.18 percent). The obvious reason is that Justin Sun has also promised to make a major announcement on June 1.