Yuri Molchan
Trezor addresses its community, speaking of the recently occurred phishing attacks when culprits acted under the names of Trezor and their partners, raising money 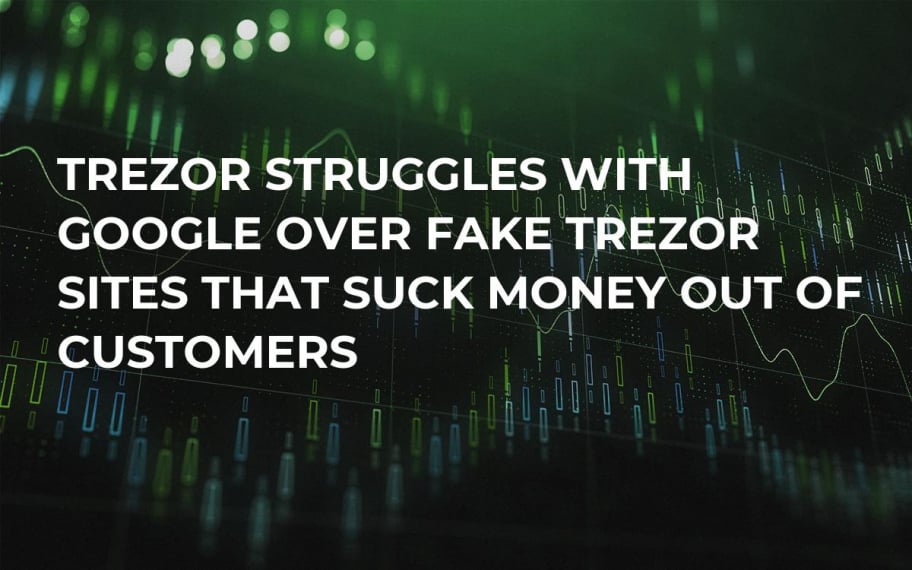 On its official blog, the Trezor Wallet team has spoken to their community, discussing the phishing attacks that have taken place recently. In the course of these actions, the culprits used the brand name of Trezor and their affiliated partners. The wallet team states that they have found several sites working under the names of their online store and other Trezor sites or companies that resell Trezor storage devices.

Google’s role in the story

Back in the spring of 2018, several Internet giants – Facebook, Twitter and Google – blacklisted all adverts to do with crypto coins or ICOs, explaining this by their desire to fight illegal players and protect investors. This laid a negative seal on numerous legal crypto startups and platforms. Trezor was among them.

However, despite the ban, Google search began to show fake Trezor sites that phished data and money from the community. The real wallet team immediately got in touch with Google, sending the IT behemoth numerous requests and explaining the situation.

Still, it took Google over three months to respond to Trezor’s requests. Phishing Trezor sites even managed to launch a paid marketing campaign, thus raising their sites in search results.

The Trezor team was unable to do the same due to the ban implemented by Google.

The battle rages on

The Trezor team assures that with the help of Google they have succeeded in taking down the majority of the malicious sites going under the Trezor brand name. The platform is collaborating with search engines and social media to have the remaining fake Trezor sites eliminated as quickly as possible. Google’s abuse team is also part of this collaboration.

Trezor reminds its customers that the original wallet team will never demand them to send their seed phrase, and encourages clients to deal with only the official website of the company or with its verified partners.