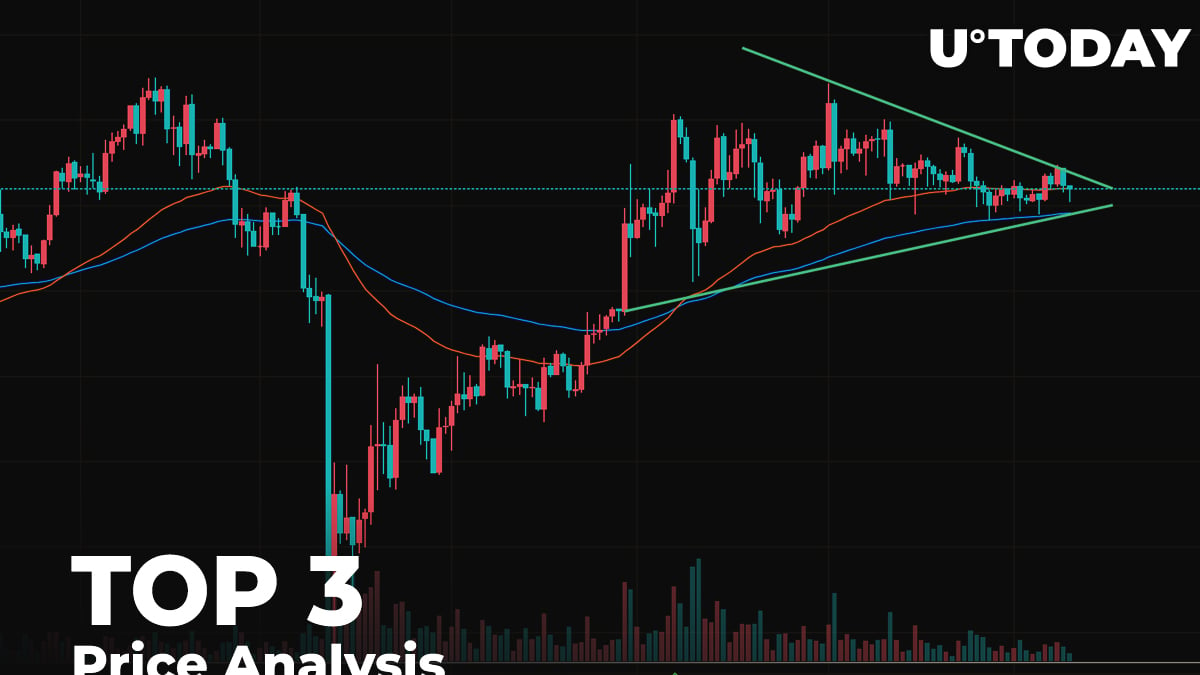 The bearish mood is becoming more vivid at the end of the week. Traders are sealing their profit deals, dropping the rates of the coins further. As a result, all of the top 10 cryptocurrencies are in the red area.

The vital data for Bitcoin (BTC), Ethereum (ETH), and XRP.

Based on the data on the daily chart, Bitcoin (BTC) is trading on top of a symmetrical triangle. A short rally in the middle of this week was not able to break through the resistance of the triangle. Losses in the past 24 hours are currently seeking support above the triangle support. If support for the triangle lends itself to continued selling pressure, the coin might approach $8,000, especially if trial support areas at $9,000, $8,800 and  $8,600 collapse.

Bitcoin (BTC) is leaning towards the bearish side after giving up $9,400. Buyers put all their efforts into defending the $9,200 support, as well as the aforementioned triangle support. Indicators such as the RSI and MACD suggest that a sideways trend will prevail first. The latter is clinging to the midline, while the RSI is at 50 (average).

Ads
Related
Bitcoin Price Closing Below $9,000 Could Be Really Bad for Bulls

Yesterday afternoon, buyers tried to continue to grow, but on volumes below the average level, they could not cope with the resistance at $247. Bears responded with a strong enough impulse, which rolled the pair back to the average price range.

Until this morning, the price of Ethereum (ETH) was able to stay above the two-hour EMA55, but sellers can increase the onslaught and then the price may go down to the support at $233.

XRP is the main loser from our list. The altcoin has dropped 6.10% since yesterday, while the growth over the past week has amounted to 11%.

On the daily time frame, XRP has founded a strong resistance at $0.21 and is unlikely to go higher soon. However, a bearish alternative has not formed yet, which means that traders can expect sideways trading soon. Consequently, the correction may stop around the $0.1833 area, which has been the starting point for the bull run so far.