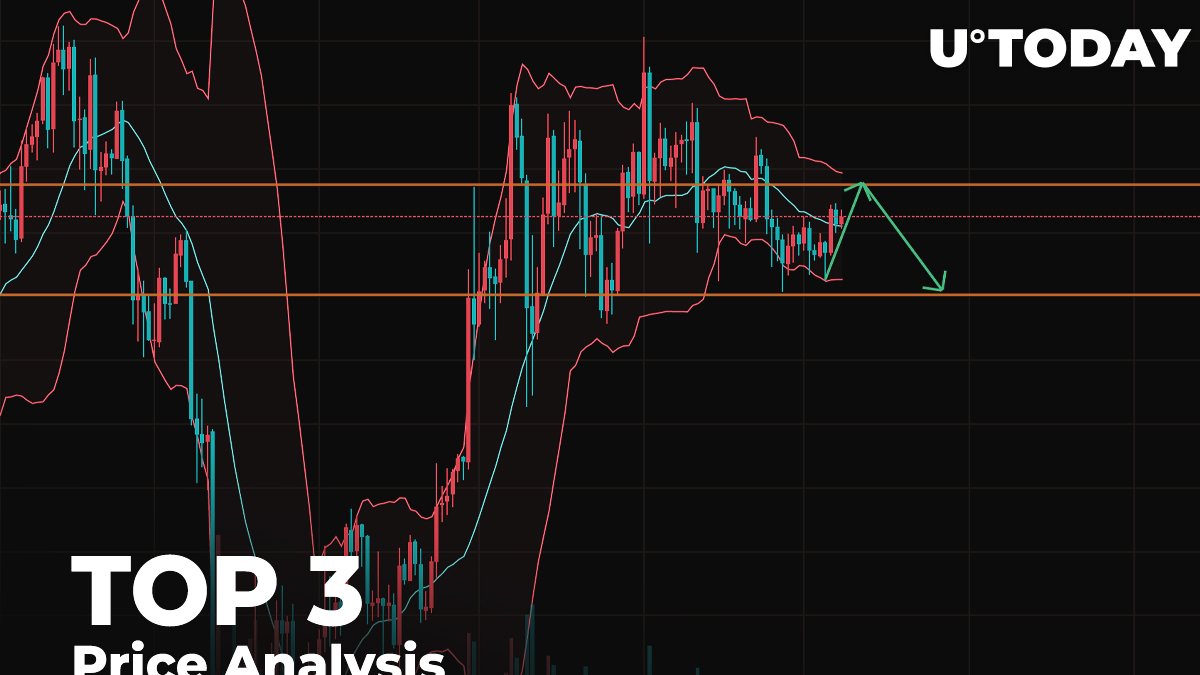 The first part of the week has turned out to be bullish as the top 10 coins have been in the green zone since Monday. Bitcoin SV (BSV) is the only loser from the list, having declined 0.08% over the past day.

The key data for Bitcoin (BTC), Ethereum (ETH), and XRP is as follows.

The general picture for Bitcoin (BTC) has not significantly changed so far. The leading coin has gained 0.39% over the past day while the change over the past week has amounted to +0.88%.

On the daily chart, Bitcoin (BTC) is approaching the resistance line of the Bollinger Bands indicator at around $9,500. There are small chances for it to break this line as, based on the declining trading volume, there is not enough power. In this case, we can expect a false break out at $9,500 followed by a continued decline to $8,800, the area of buyer interest. Such a scenario is relevant until the end of the current week.

Yesterday, in the morning, bears tried to push the price of Ethereum (ETH) to $233. However, buyers were able to seize the initiative and, by this morning, they returned the pair to the July maximum zone.

Despite the fact that the recovery looks quite dynamic, this morning the price of Ether could not gain a foothold above $243.34 and rolled back to the $240 area. If growth resumes during the day, the pair will test resistance at $247. Otherwise, Ethereum (ETH) may roll back below the two-hour EMA55.

Yesterday, buyers were not able to overcome the $0.19 resistance. During the day, XRP fell back to support around $0.183, and in the Asian session, the bulls formed a powerful impulse that tested the psychological level of $0.20.

Currently, XRP has already reached its local peak and is unlikely to go higher as trading continues decreasing. Furthermore, the Relative Strength Index indicator has formed a bearish divergence on the daily time frame, which could suggest a drop.

Traders can expect a correction to the $0.1970 zone soon, before growth continues.