Too Early to Permit Crypto in Russia: Putin’s Press Secretary

Yuri Molchan
Dmitry Peskov, the Press Secretary for Vladimir Putin, believes its too risky to allow free circulation of virtual coins in Russia since locals might be in danger 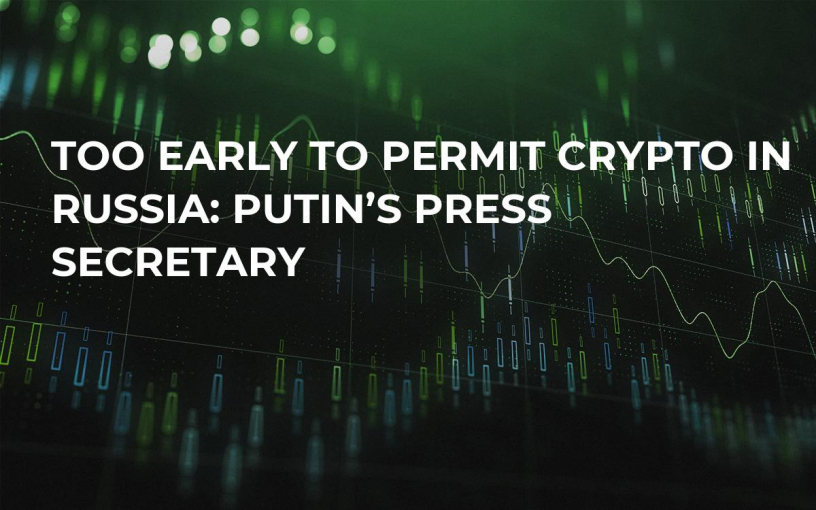 Dmitry Peskov, the Press Secretary for Vladimir Putin, who is also in charge of the strategy for digital and technological development of Russia, believes that it is too risky so far to allow free circulation of virtual coins on the territory of Russian Federation since local residents might be in danger of encountering many Ponzi schemes.

He also reckons that the stance of Russia’s Central Bank on electronic asset regulation is way too liberal. Therefore, the legal status of virtual coins in this country remains undetermined.