Tim Cook Confirms That Apple Will Not Launch Its Own Cryptocurrency 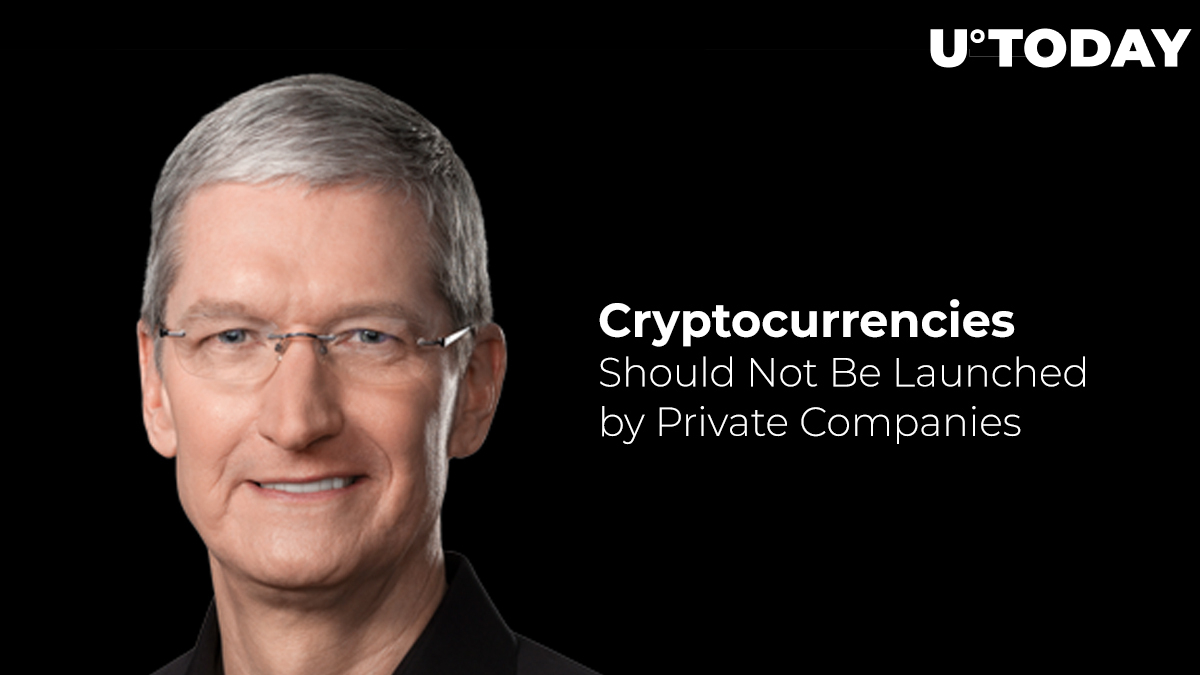 After Jennifer Bailey, the VP of Apple Pay, mentioned that they were “watching cryptocurrency” at the beginning of September, it added a lot of grist to the rumor mill.

Samsung has already integrated a Blockchain wallet into its flagship model Galaxy S10, so many expected its US competitor to follow suit during Apple’s annual iPhone event. It never happened.

Now, Apple CEO Tim Cook says that launching a cryptocurrency is not on the company’s agenda.

Moreover, he took a dig at Facebook by saying that private companies should not strive to gain power by launching their own digital currencies.

No. I really think that a currency should stay in the hands of countries. I'm not comfortable with the idea of a private group setting up a competing currency.

Related
Bloomberg: Libra May Get Further Trouble with Launch as US Lawmakers Group Heads for Switzerland

On June 18, Facebook finally unveiled its Libra cryptocurrency after months of complete secrecy. However, the social media behemoth, whose reputation has been tainted by a multitude of data scandals, is facing extreme scrutiny from regulators around the globe.

Financial Times reports that PayPal is not the verge of withdrawing its support for Libra, and other companies could follow suit.