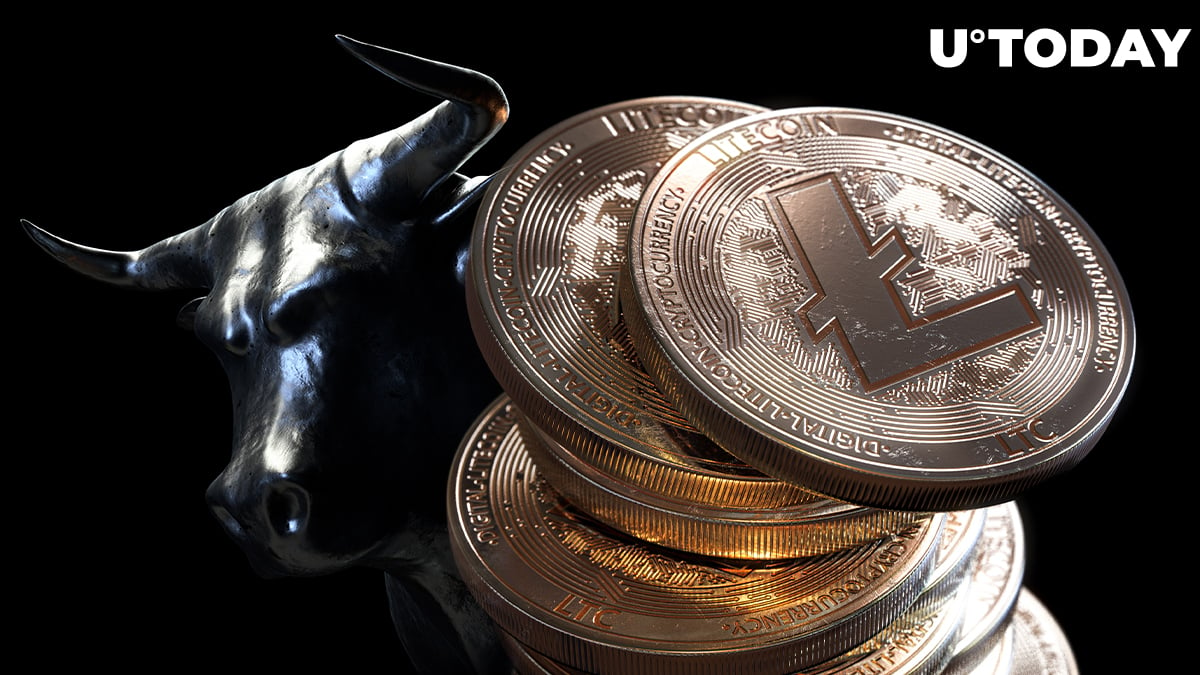 On-chain data provided by IntoTheBlock for Litecoin cryptocurrency shows three bullish indications for the coin simultaneously. The mentioned indications are net network growth, the number of addresses "in the money" and the concentration of funds.

According to provided on-chain data, the net network growth of Litecoin is currently up by 1.89%. The metric measures the change of the total number of Litecoin addresses.

Following the continuation of a positive trend on the metric, the number of Litecoin holders is significantly increasing, which also reflects on the coin's trading volume—which has increased by almost 100% since the beginning of the month.

While the volume of funds for Litecoin is progressively rising, it is important for them to remain "in the money," which means staying above the entry point on the market. Currently, 70% of Litecoin holders are remaining in the money, which is the average value for an asset moving in the uptrend.

Only 18% of traders and investors remain at a loss in the current market. Twelve percent of market participants are "in the money," which means they have either just entered the market or have been holding their positions open since September when Litecoin was trading for the same price.

The concentration of funds signals changes in the whale-tier positions on the market. While large addresses are stacking rather than spending funds, the metric is considered bullish. The absence of selling pressure on the market allows assets to move.

While overall on-chain data is positive for Litecoin, it is most likely tied to the overall sentiment on the market, which remains bullish for both altcoins and Bitcoin. Cryptocurrency market capitalization has increased by $700 billion since the end of September and is continuously increasing.