QuadrigaCX’s $100 Mln Worth of Ethereum (ETH) Has Been Found

Alex Dovbnya
The report confirms that Gerry Cotten, the CEO QuadrigaCX, sent the funds to numerous cryptocurrency exchanges as a means of storage 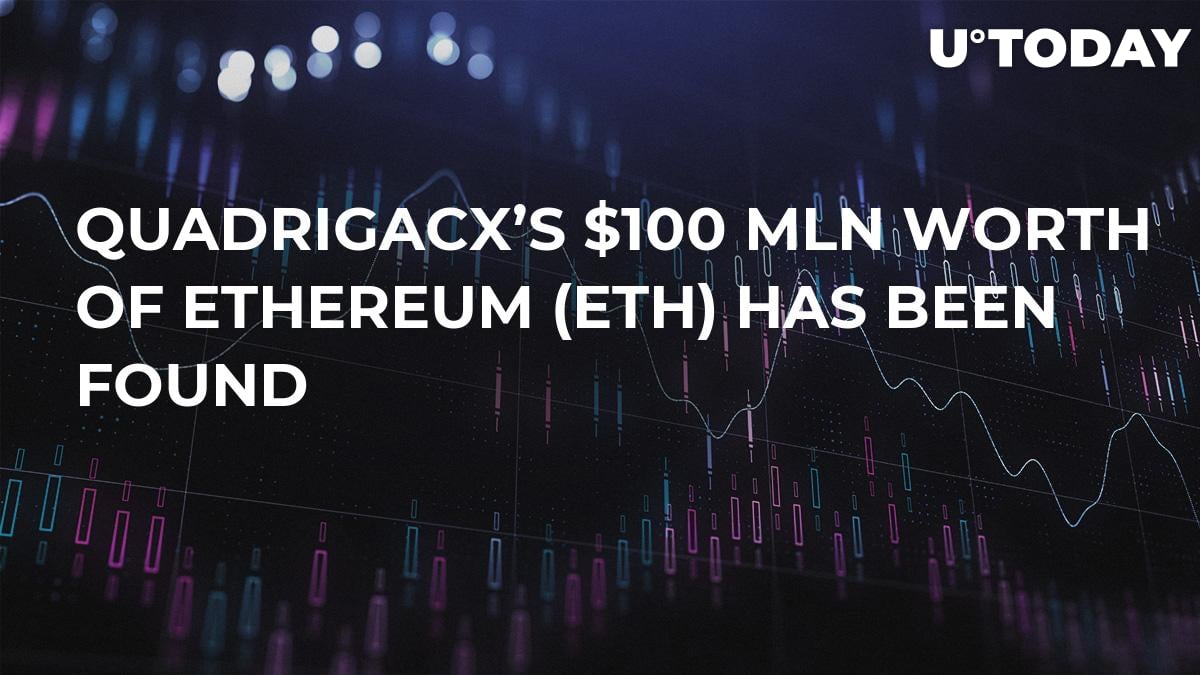 A recently a published report, which includes the transaction analysis of QuadrigaCX-controlled wallets, shows that cumulative 649,708 Ethereum (ETH) has been sent to numerous exchanges. No transactions have been made after Dec. 9, which proves that Gerry Cotten, the CEO of QuadrigaCX, was the only person who had the authority to manage the funds.

Conspiracy theories have been debunked

The three very last transactions, as the report shows, were performed on Dec. 8 (the day before the CEO’s death). Jennifer Robertson, the CEO’s widow, and other individuals who were involved in the QuadrigaCX case weren’t knowledgeable about where the users’ money had been transferred. However, Robertson claimed that Kraken might have indeed moved the crypto to other exchanges as a means of storage. Bitfinex, Kraken, Poloniex are among the exchanges that received more than $100 mln worth of Ethereum.

Now, it’s up to these exchanges to look into this report and decide whether the discovered funds should be redistributed to QuadrigaCX creditors. Kraken, which allegedly received 84,248 Ethereum, has also launched a bounty program, offering a $100,000 for the discovery of the missing coins. Most likely, Kraken didn’t know about the origin of these funds.