Bit…who? How Crypto Exchanges Fake Trading Volumes to Reach For the Top 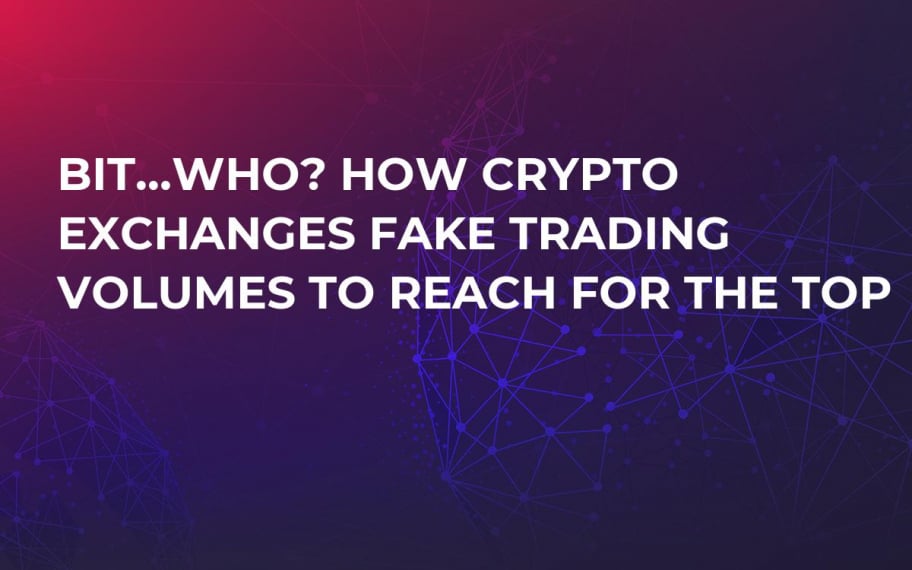 It turns out that many exchanges are manipulating their numbers in order to attract gullible customers. CoinMarketCap, the most popular source for crypto data tracking, has recently expressed its dissatisfactions with new exchanges that display artificially inflated trading volumes on their official websites.

The first reports about exchanges faking their numbers were related to BitForex and FCoin. In face, these exchanges had already raised some concerns over their rather unorthodox businesses models. In a blog post made by CryptoExchangeRanks (CER), the company calls out BitForex and other relatively new exchanges that have already surpassed major old-timers Kraken and Coinbase (both founded in 2011) by daily average trading volume. Furthermore, BitForex is already snapping at the heels of such massive giants like Binance.

According to the report, the aforementioned increased its trading volume on a mammoth scale (be almost 100x) with the help of wash trading. There is a huge discrepancy between the number of followers on social media and reported trading volumes. Few thousands of Twitter followers definitely do not reflect the ‘popularity’ of such companies as well as their average 60,000 monthly visitors. As of July 2018, Coinbase, for comparison, has almost one mln followers on Twitter.

In response to such practices, CoinMarketCap takes a stand against fraudulent exchanges by coming up with new tools that would help to filter out sites that report artificially inflated numbers.

Furthermore, the leading ranking service has already introduced updated requirements for being listed on their exchange which doesn't include a minimum trading volume anymore. CMC's vice president states that the company simply aggregates the data and cannot censor specific exchanges, but they do verify the information on their site.

If exchanges with highly inflated trading volumes remain unnoticed, it may significantly tarnish the reputation of the whole industry which strives to come out of a legal gray zone and become more transparent.

Inexperienced traders may want to test out a new platform that swiftly made it to the top and, therefore, seems highly reputable, but later they have to deal with broken English, generally bad service and potential security issues. Consequently, investors will start losing confidence in the market.