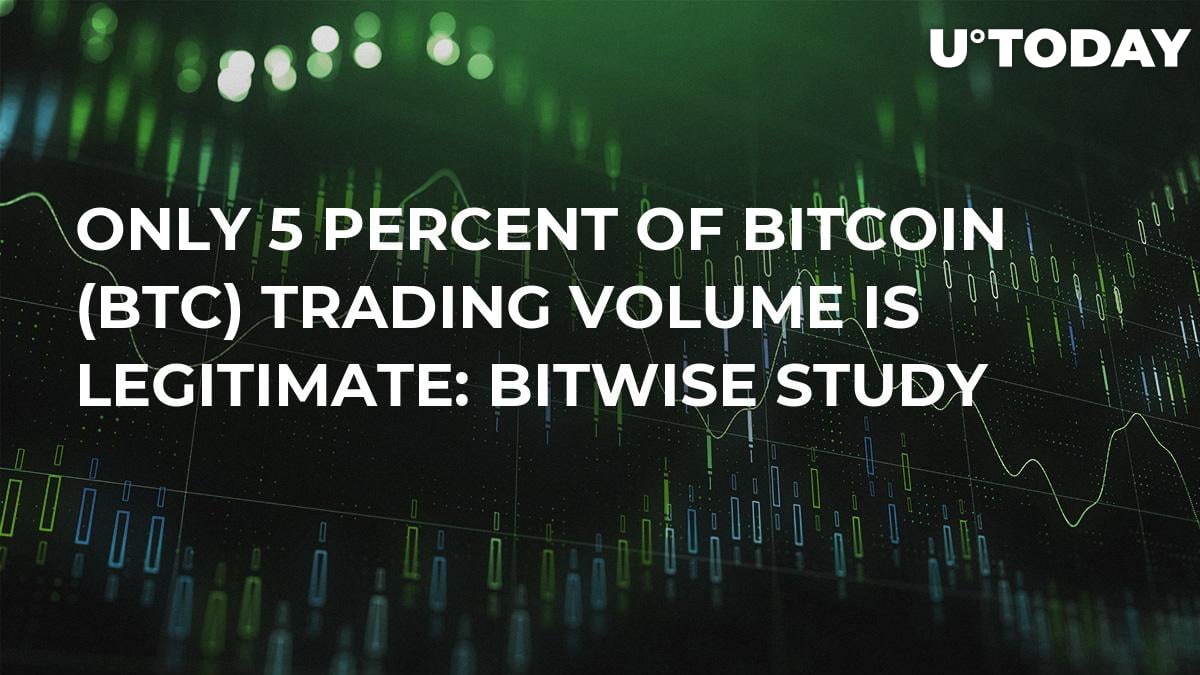 About 95 percent of Bitcoin trading volume is faked by unregulated exchanges, CNBC reports. The shocking revelation is part of a recent Bitwise study that analyzes the volumes of top cryptocurrency trading platforms.

Related
Bit…who? How Crypto Exchanges Fake Trading Volumes to Reach For the Top

Bitwise Asset Management, a crypto startup whose Bitcoin ETF proposal is currently awaiting approval from the Securities and Exchange Commission (SEC), has focused on the top 81 platforms on CoinMarketCap (CMC). The total daily trading volume surpasses $6 bln, but only $273 mln is actually legitimate with 71 out of 81 exchanges engaging in wash trading.

The good, the bad and the ugly

Coinbase Pro, which boasts a trading volume of around $27 mln, was one of the few ‘good’ exchanges that reported real numbers (the bid-ask spread was just about $0.01). Hence, Coinbase is responsible for almost 10 percent of all real trading volume. The majority of other exchanges that were under study couldn’t relate – CoinBene, for instance, has a $15 spread while some of the worst cases have a mammoth-sized spread of $300.

The fact that the armada of hardly regulated exchanges is reporting artificial trading volumes shouldn’t come as a surprise to anyone from the industry. There have been numerous other studies that point out how these young exchanges shamelessly fake their numbers to improve their position on CMC and lure in new users. However, Bitwise’s Matthew Hougan claims that they were the first to determine which exchanges have legitimate numbers.

A different look at Bitcoin futures

As reported by U.Today, CBOE recently pulled the plug on Bitcoin futures with many speculating about a dwindling interest in crypto trading. However, its Chicago-based rival CME has no intentions to delist futures contracts, and for a good reason – Hougan states that the Bitcoin futures market now looks ‘more significant’ if to take into account the real trading volumes on cryptocurrency exchanges.