Bitcoin Futures Got Suspended by CBOE. Here’s the Real Reason Why 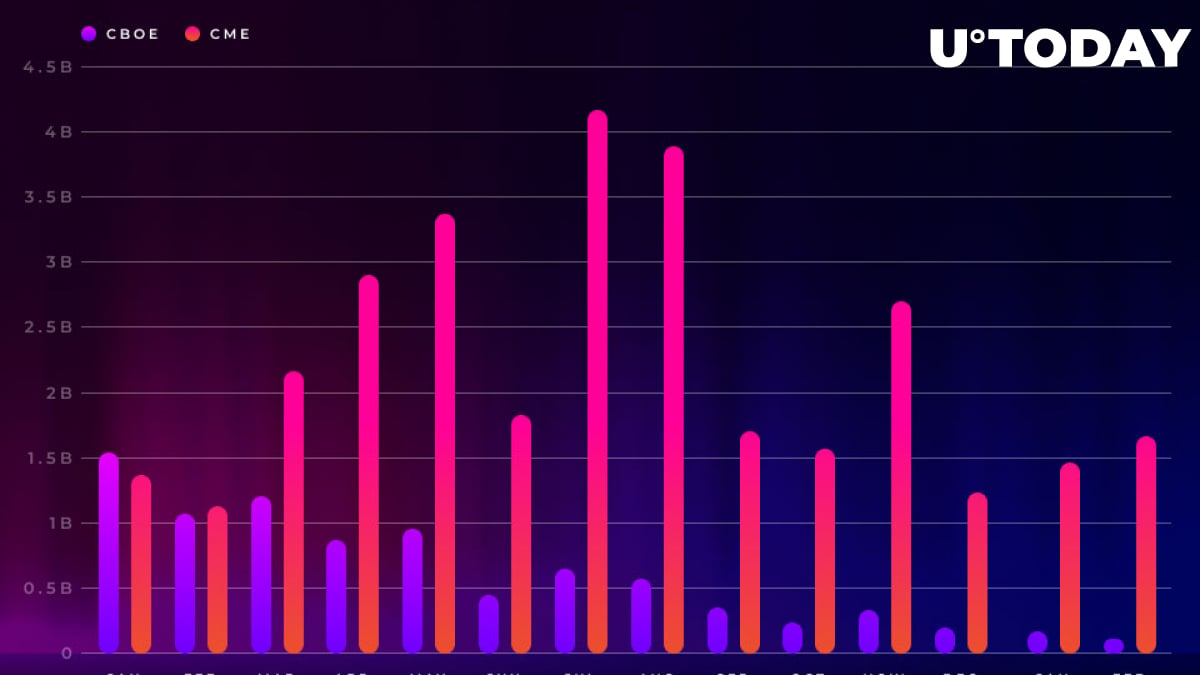 CBOE, the second largest futures exchange, had to cede ground to its major rival CME in the Bitcoin futures department. According to Diar’s study, CBOE’s average Bitcoin futures trading volumes represented only a miniscule fraction of CME’s, which essentially explains the former’s decision to pull a plug on crypto derivatives.

The news about CBOE delisting Bitcoin futures was generally perceived as an indicator that the interest in Bitcoin trading cooled. CBOE launched Bitcoin futures when Bitcoin was sitting at $17,000. That eventually led to December’s peak of the bull market when the king of crypto touched its current ATH of $20,000.

However, looking at the aforementioned volumes, it becomes clear why CBOE abandoned Bitcoin futures – it couldn’t compete with its Chicago-based rival. CME's version of the future completely diminishes CBOE when it comes to trading volumes. CBOE failed to generate more than $1 bln in Bitcoin futures trading volumes since May. Meanwhile, CME achieved that in October, and they didn’t announce any changes so far.

As reported by U.Today, Bitcoin bull Brian Kelly earlier claimed that CBOE delisting Bitcoin futures could mean that Bitcoin is bottoming out. He also added there was less need for futures contracts given that there are other ‘alleys’ for institutional investors to enter the cryptocurrency market.

While the Securities Exchange Commission (SEC) is reviewing the VanEck/SolidX Bitcoin ETF proposal, CBOE will most likely put a damper on its chances to get the green light from the US regulator. The industry is also awaiting a decision on Bitwise Asset Management's Bitcoin ETF.