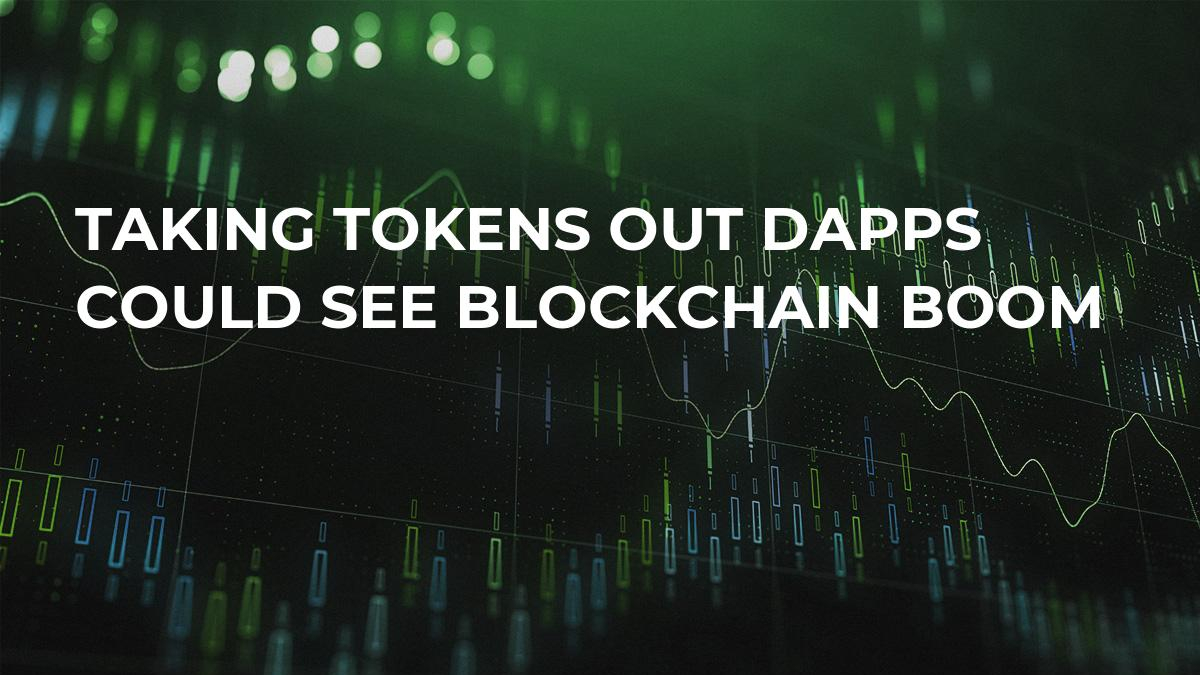 Bitcoin is booming. It has never been more popular and is starting to permeate mainstream markets and conversations. With that, the Blockchain technology on which Bitcoin comes to us is also being thrust into the limelight as more and more discover its uses.

However, it would be fair to say there is much more excitement about the tokenization of Blockchain than there is about its uses as a distributed, immutable ledger. The ICO boom, which followed Bitcoin’s own boom in interest, was focused heavily on how well tokens could do on an open market, which out that much thought being put into the technology itself.

This has led to a lot of people getting nervous about ICOs and getting worried about the scams and fraud that are damaging the good technology. However, separating the tokens from the dApps suddenly makes the technology a lot purer and far less greed-driven.

Is it possible to separate Bitcoin from Blockchain, probably not, but it is more than possible to do it with new innovative Blockchain projects.

The fundraising and money for tokens model that is currently the norm in the ICO market has forced the hands of regulators. The SEC has stepped in in the US and stated they operate like securities, plain and simply.

“Prospective purchasers are being sold on the potential for tokens to increase in value, with the ability to lock in those increases by reselling the tokens on a secondary market  or to otherwise profit from the tokens based on the efforts of others. These are key hallmarks of a security and a securities offering.”   SEC Chairman Jay Clayton explained.

With the ICO ecosystem set up the way it is, there is huge scope for fraud, scams and even grey areas of poor business to take place with these tokens.

It has already been seen in things like AriseBank and Bitconnect, how fraudulent tokens can cause an issue, not to mention how things went south for Tezos with the spate of lawsuits and in-fighting.

Determining what a token is, and if it is valid or not as a utility token, hinges on a test called the Howey Test. This test determines securities have the following attributes.

They are firstly offering an opportunity to contribute money and to share in the profits of an enterprise managed and partly owned by respondents. And secondly, the scheme involves an investment of money in a common enterprise with profits to come solely from the efforts of others.

This definition fits many, if not most, ICOs, who are using their tokens as fundraising points in order to profit primarily, and their use as a token only comes second.

A utility token is simply, services or units of services that can be purchased. They don’t represent a share of the business. They can be compared to API keys, used to access a service. These tokens are far more legitimate and useful for a Blockchain application that is aiming to accomplish something other than making bucket loads of investment money.

Many people feel that their platform or idea is in need of what is a security token essentially. However, in many instances, platforms can operate better, and with less stress, by utilizing a utility token.

The ICO space needs credibility, and it needs to be legitimized again. Pulling away from securities token will aid this, as it will also aid the need for regulators to ease off on policing potential frauds.