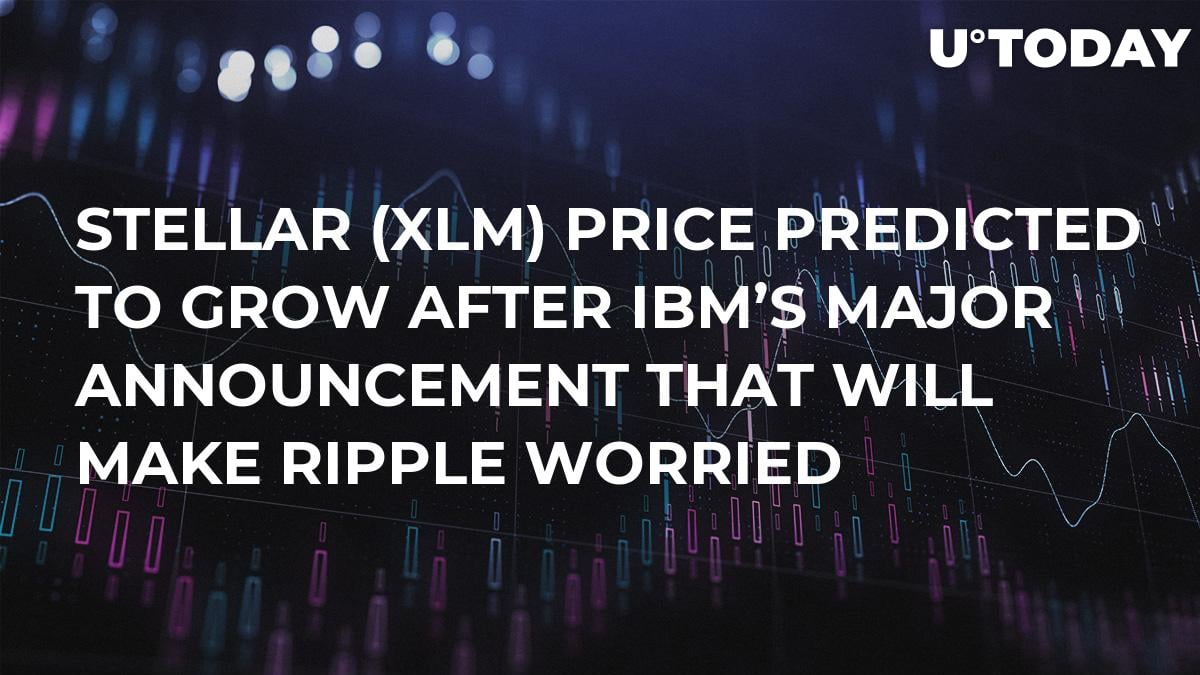 IBM has big plans for Blockchain World Wire, its Stellar-powered payment system that was launched in September. Jesse Lund, Head of Blockchain Solutions at IBM, has recently revealed in an interview that a ‘a lot of announcements are coming soon’, but he already spilled the beans on some important details that might make the XLM price shoot through the roof.

On-boarding 40 banks from the get-go

Blockchain World Wire is yet another powerful player in the cross-border payment that aims to make unnecessary banking intermediacies obsolete. XLM poses as a viable settlement instrument in the ecosystem of cross-border payments. Lund claims that Blockchain World Wire will be supporting 50 countries out of the gate, ‘dragging along’ up to 40 banks.

Their goal is to cover a substantial portion of the world. In three years, IBM’s Stellar-based product could be used for sending cheap and fast transactions ‘to anywhere in the world.’

Will Blockchain World Wire use XRP?

So far, the Stellar-based payment network remained in the shadow of Ripple — RippleNet has managed to connect more than 200 banks and financial organizations. However, unlike Ripple, IBM is not going to pose an issuer of a digital asset. With the help of Blockchain World Wire, they want to utilize a set of cryptocurrencies for international payments. Apart from XLM, they could use Bitcoin, stablecoins, and even XRP. IOverall, Blockchain World Wire will support more than 40 currencies.