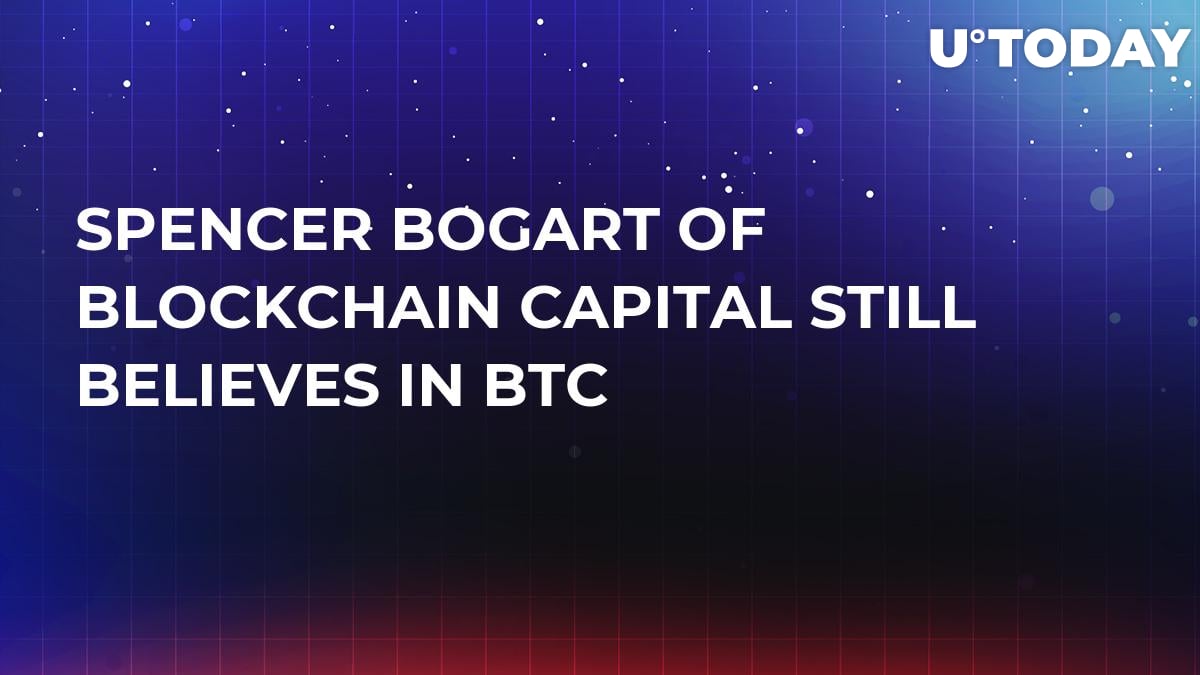 The market expects a significant price correlation between traditional technology assets and digital currencies, the financier said in an interview on Bloomberg on Tuesday.

In his opinion, even given the strong decline and although mitigated by minor correlation, the strength of Bitcoin is still great. The world's most important cryptocurrency retains its idea of serving as a programmable means of payment, with a potential volume of trillions of US dollars. The expert is waiting for the imminent rise of Bitcoin when it "will break through the roof."

Right now, some people use Bitcoin because they have to, but over the time, more people will use it, Bogart noted.

After all, Bitcoin continues its dominance on the cryptocurrency market. Bogart stressed that large and small investors should lock their positions in BTC instead of searching for the Holy Grail of some new Bitcoin. The first cryptocurrency has a network effect type ecosystem higher than the rest of the market players combined, so it can have a strong network effect.

Big investors should keep their Bitcoin positions and it will keep the cryptocurrency at the highest ranking.

According to Bogart, BTC has little relation to the traditional asset market, but once the industry gets institutional money, this situation could change dramatically. Back in October, Bogart predicted that Bitcoin is close to finding the bottom of its fall.

The current situation and possible correction of BTC and other altcoins continues to be a subject of debate. Bloomberg author Joe Weisenthal noted that the current situation of cryptocurrencies clearly indicates that they can't become the kind of haven asset that anyone could ever hope.

At the same time, Forbes columnist Jay Adkisson speaks more harshly. He noted that Bitcoin has become one of the greatest destroyers of wealth in the financial history of mankind.

Currently, the prices of leading cryptocurrencies and altcoins continue to fall. Almost all of the top 100 coins fell by double-digit percentages in the last 24 hours, followed by a soft correction.