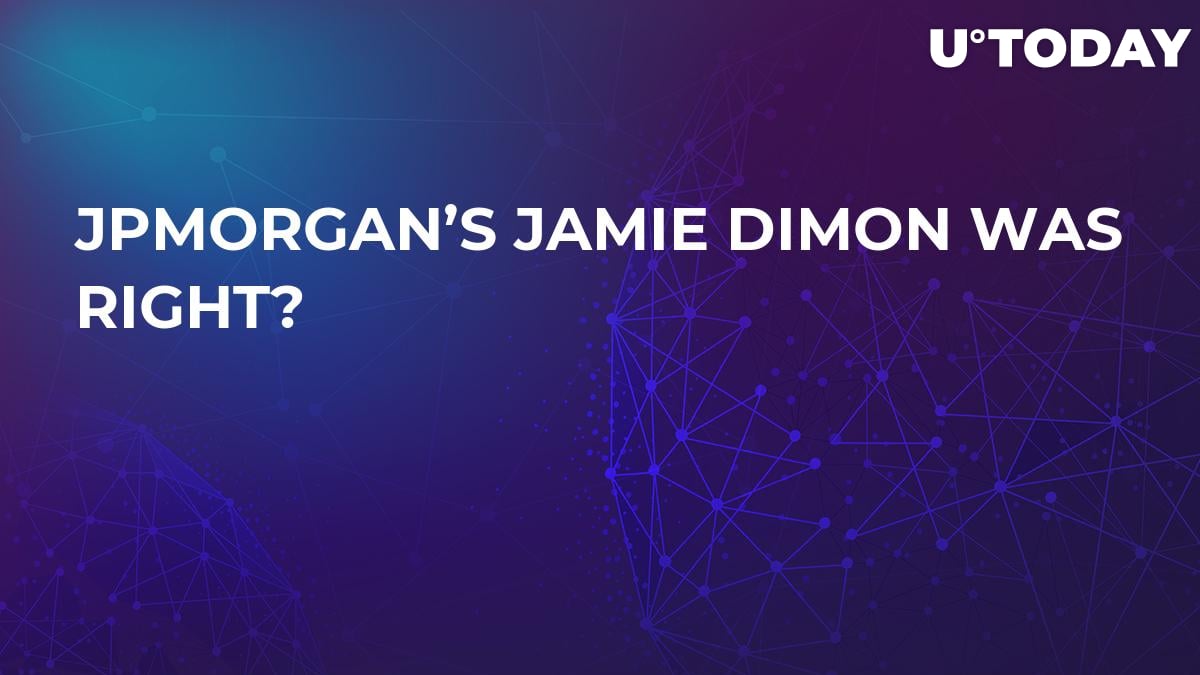 In September 2017, the head of the global leading financial company threatened to fire any employee who would be seen mining or trading cryptocurrency.

After his words, the market subsided slightly, but its growth rate remained very impressive. The whole world caught cryptomania at that moment, and Jamie Dimon has become a punching bag and whipping boy for numerous crypto enthusiasts and investors. Later, he even expressed regrets about comments he made and admitted the prospect of blockchain technology, but nothing more.

In September 2017, Dimon clearly stated Bitcoin is a "scam" during a speech at Barclay's company event; the longtime Bitcoin critic recalled he knew the cryptocurrency “will not survive" in November 2015, when its price fluctuated around the level of $400.

According to him, the activity of cryptocurrency markets is not sufficient, and it seems to be a "bubble". This is worse than selling tulips, it can't end well, said the financier.

"Someone is going to be killed," he concluded.

In January 2018, in an interview at Fox Business, he apologized for his early emotional statements, but he noted he just has an opinion that differs from other people's thoughts, and he is simply not interested in discussing the crypto industry.

Related
Cryptocurrencies are in Desperate Need of Institutional Investors

In August 2018 at Institute's 25th Annual Summer Celebration Gala, Dimon returned to his earlier, more critical comments about Bitcoin. In particular, he again called the cryptocurrency "fraud" and said that he's "not interested" in it.

Also, the financier suggested that governments can "shut down" cryptocurrencies because of the inability to control them. His words were in tune with the statements of the odious financier and futurist Nouriel Roubini, who also spread criticism in the media about the cryptocurrency market.

Against the background of the ongoing market collapse, Dimon's pessimism seems to be more logical and predictable day by day. After falling just a few days to 78% of its peak value, the cryptocurrency returned to its level when the billionaire banker claimed his warning about it.