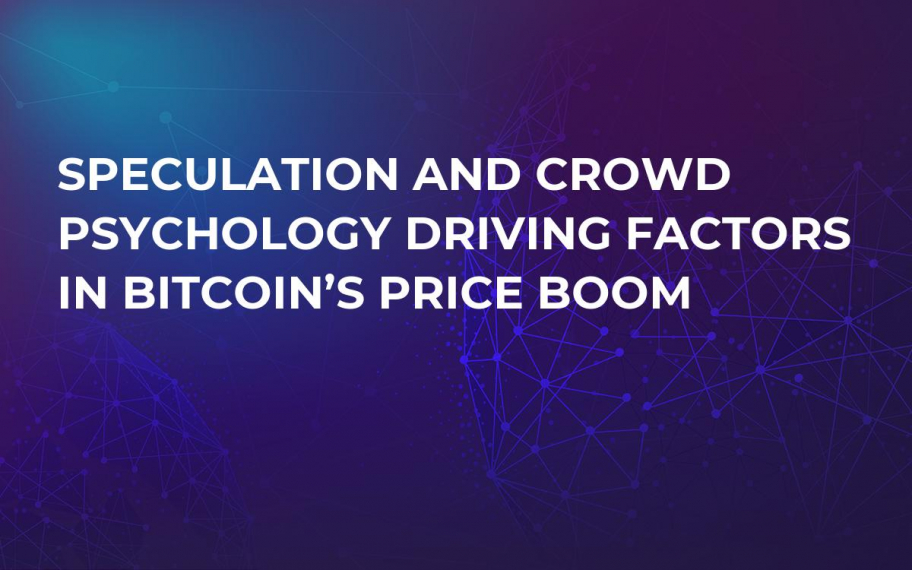 With Bitcoin looking like it is back on an uptrend in terms of its growth, it has many people asking, why and how. Some have put it down to positive news in and around the cryptocurrency space and the growth and acceptance of Blockchain while others see regulators easing their grasp.

However, a recent survey done by Datatrek shows that those involved in the space actually believe that it has more to do with the crowd psychology of the speculative asset. As much as 52 percent of people believe that it is the function of a speculative group mentality.

It is hard to pin exactly what causes the turn around in a market, especially one of Bitcoin’s nature. However, a combination of good news, including a renewed focus around a potential Bitcoin-related ETF, could be underpinning fresh moves higher for the asset.

However, according to a recent survey, more than half of the respondents, who were industry participants, said they believe crowd psychology is the main driver.

“To our thinking, this was the single most surprising response of the whole survey,” wrote Nicholas Colas, co-founder of Datatrek Research.

“Finance professionals make their livings by analyzing asset values through the lens of fundamental/quantifiable factors. That more than half of respondents believe valuation in the crypto space is ‘purely a function of crowd psychology’ is refreshing in its honesty.”

Looking at something like adoption, only 15 percent of respondents were convinced that it was playing a part.

Bitcoin has long been an asset that is very much valued on speculation, and because of its inclusive nature, that speculation covers a lot of ground. Often, a catalyst will set the price of digital currencies off, but its continued upwards move or fall back down, has a lot to do with the sentiment of the crowd using it.