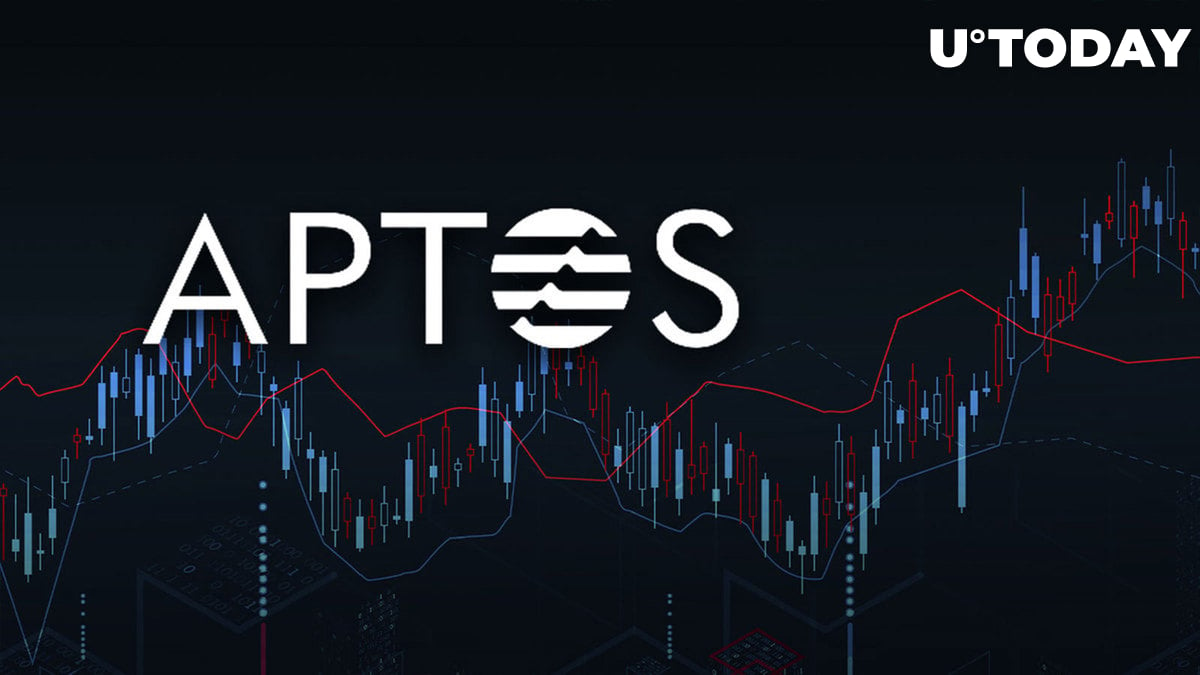 The price of the Aptos blockchain token, APT, has risen by more than 25% in the last two weeks. This is the first time since the token's listing that its quotes have ended two weeks in a row with a positive result.

Interestingly, according to trading volumes reported by CoinMarketCap, the APT price has risen at a relatively low level of interest. For example, over the last 14 days, trading volumes have only twice exceeded $140 million, when previously such trading volume could be considered minimal for this crypto asset.

In fact, there is no particular reason for the APT price to rise so much. Nevertheless, both the fundamental and technical aspects of this action can be considered.

Speaking of Aptos' performance as a blockchain, the number of addresses is growing and the number of daily transactions has stabilized at around 600,000. In addition, the amount of gas fees is also growing, which generates additional revenue for the blockchain.

As for the APT price chart, an interesting picture emerged. APT, which had been accumulating since mid-November, broke through the resistance of the 200-day moving average and then retested it twice more during the last month to move above the important $5 level.

APT is now on track for $5.5. If it manages to overcome it, the rate could hike to a block around $7.