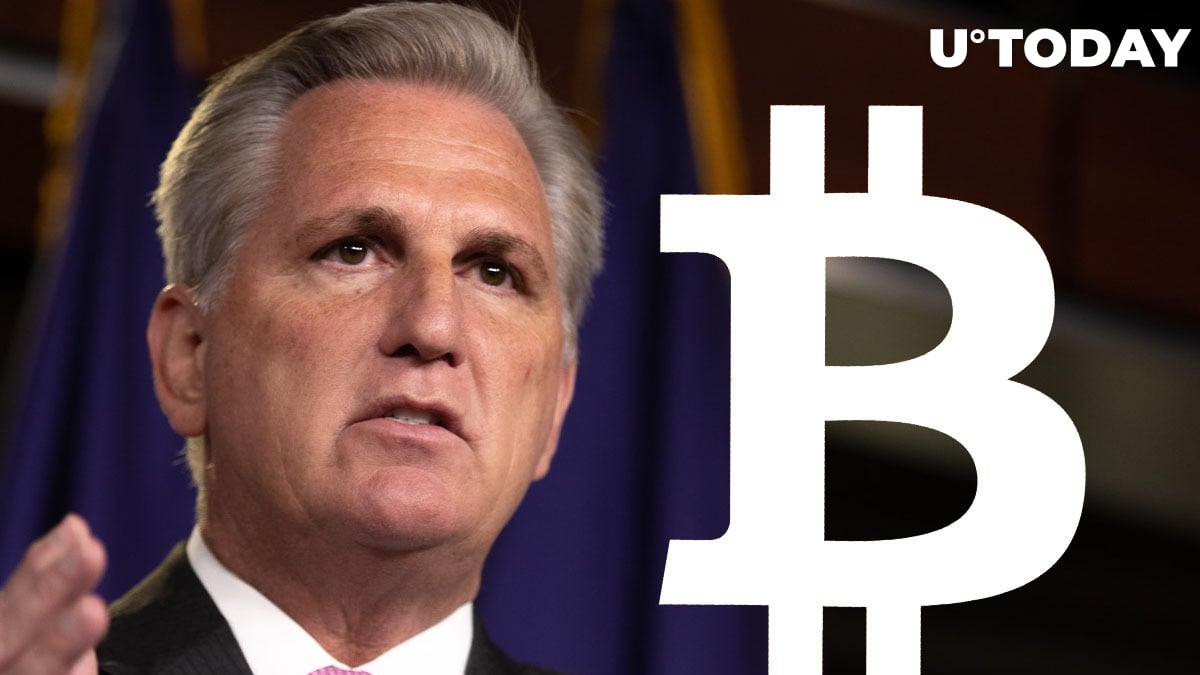 During his appearance on the Tuesday broadcast of CNBC's "Squawk Box," House Minority Leader Kevin McCarthy called on U.S. policymakers to learn more about Bitcoin:

This is moving toward the future. They should not ignore it...This is something that those who regulate, those who are in government (they make policy) better start understanding what it means for the future because other countries are moving forward, especially China.

This comment came after McCarthy was asked by CNBC's Joe Kernen about whether or not U.S. Treasury Secretary Janet Yellen and Federal Reserve Chair Jerome Powell should read "The Bitcoin Standard," a hit book written by economist Saifedean Ammous.

Recently, the most powerful economic authorities in the U.S. made some unflattering comments about Bitcoin. As reported by U.Today, Powell said that private cryptocurrencies were only meant for speculation during a virtual summit in March while Yellen slammed Bitcoin as "extremely inefficient" a month earlier.

Bitcoin gets thrust into geopolitics

McCarthy warns that the U.S. could end up falling behind China in case of inaction.

Last week, PayPal co-founder Peter Thiel made a controversial comment about China using Bitcoin as a "financial weapon" against the U.S. Dollar:

I do wonder whether Bitcoin should be thought of as a Chinese financial weapon against the U.S. It threatens fiat money, but it especially threatens the U.S. dollar.

At first glance, it might seem like Thiel, a Bitcoin proponent who invests in the mining business, is urging the U.S. to crack down on the top coin. However, the consensus within the crypto community is that he views it as a geopolitical tool that can be used against Americans if they do not take a more serious look at crypto.