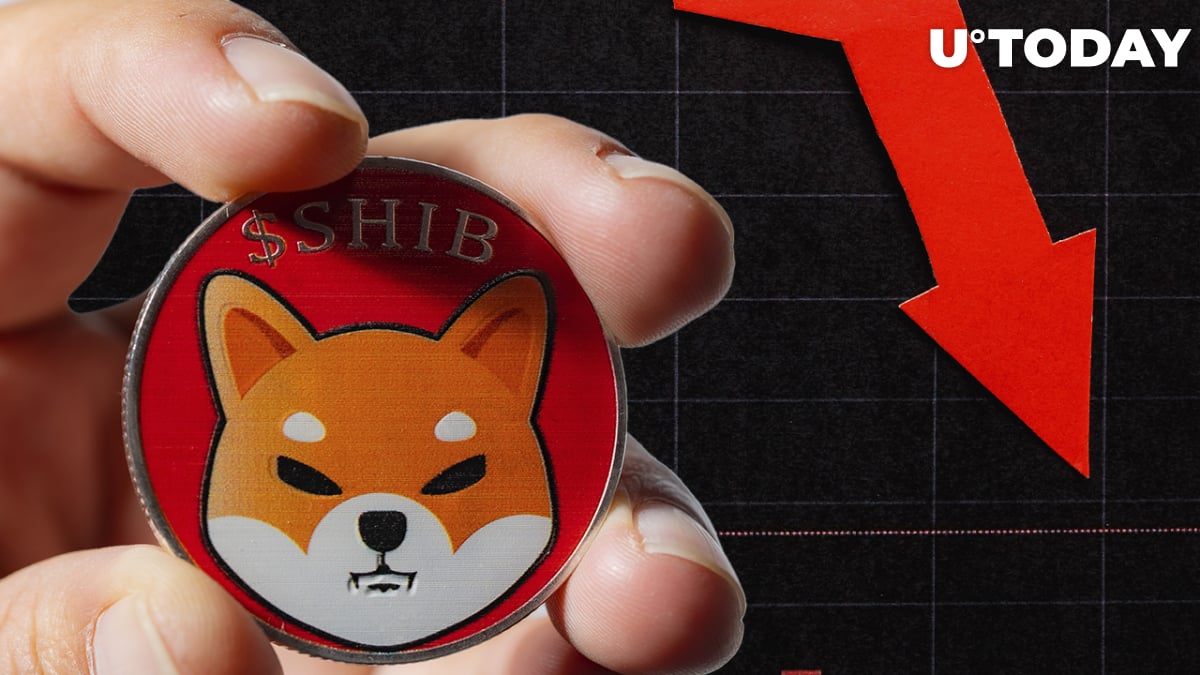 The price of meme cryptocurrency Shiba Inu (SHIB) has shed roughly 12% from its Saturday peak of $0.00002827 on the Binance exchange.

Earlier today, SHIB careened all the way to $0.00002494, with bears sitting comfortably in the driver’s seat. This is the lowest price level the Ethereum-based token has hit since Feb. 6.

The meme coin is not alone. The ongoing cryptocurrency market sell-off is not showing any signs of abating. Bitcoin (BTC), the largest cryptocurrency, slipped below the key $38,000 support level for the first time since Feb. 5.

Ethereum (ETH) is also in the red together with Polkadot (DOT), Terra (LUNA), Solana (SOL) and Cardano (ADA).

XRP, however, has managed to remain in the green amid positive developments in the Ripple lawsuit.

On Jan. 22, Bitcoin dropped below $33,000 for the first time since last July as speculation regarding the US Federal Reserve’s future interest rate hikes took the central stage.

Banking giant JPMorgan expects the Fed to hike rates during nine consecutive meetings. The central bank is expected to drop its hawkish stance only in 2023 as high inflation continues to persist.

The Crypto Fear & Greed Index, which is updated daily by the website Alternative.me, reentered “extreme fear” territory on Saturday, plunging to 25 points.