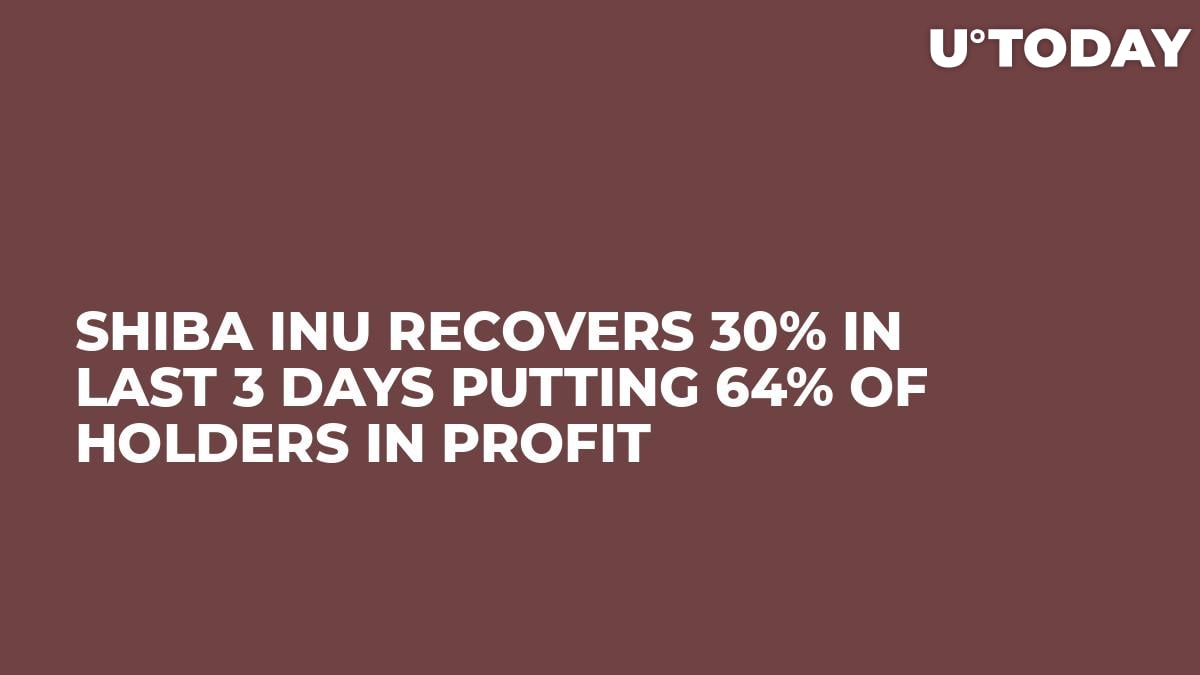 The most recent correction on the cryptocurrency market affected smaller altcoins as strong as the "major league." During the market sell-off, Shiba Inu memetoken lost approximately 35% of its previously gained value but has already recovered 30% of it.

Previously U.Today reported that Shiba Inu whales and large holders have sold $400 million of their holdings but have already bought back approximately $100 million. The strong selling pressure appeared after the token already lost a couple of percent of its value.

According to market and on-chain data, Shiba Inu whales are not rushing to buy back more significant volumes of tokens after a major sell-off. The volume indicator suggests that the market is still remaining cautious, and most traders are avoiding large orders and transactions.

The majority still remains in profit

Though Shiba Inu holders had to go through a strong correction that ate up more than 60% of the token's value, the majority of holders are still in profit, according to the IntoTheBlock indicator.

A total of 64% of all Shiba Inu holders are now trading or holding tokens in profit, while less than 30% of traders are at a loss. Seven percent of holders are holding "at the price," which means that they are breaking even.

If Shiba Inu loses an additional 14%, the majority of the market will be at a loss that might initiate the appearance of strong selling pressure on the market. This would exacerbate the current condition of the token.