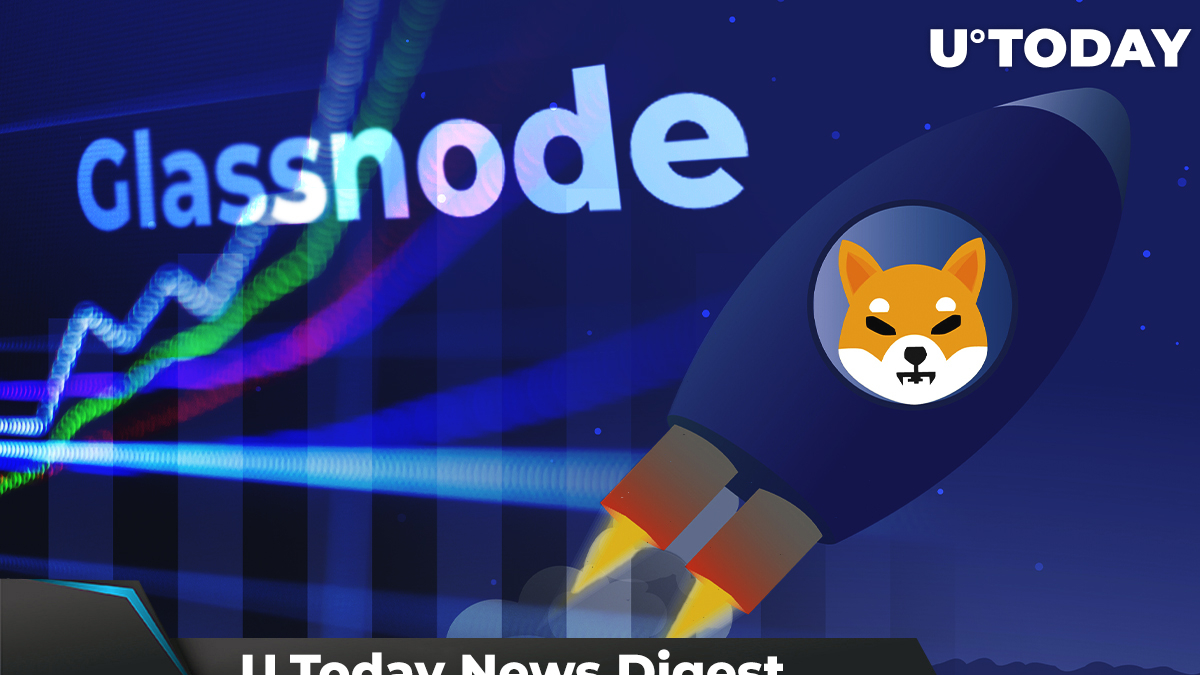 U.Today’s news digest informs you about the main events over the past day.

SHIB becomes the crypto of the week

Dogecoin knock-off Shiba Inu has been making the news this entire week, drawing influencers’ attention to its impressive results. According to CoinMarketCap, on Thursday, Shiba Inu has surpassed Litecoin, Chainlink and Bitcoin Cash, entering the top 15 biggest cryptocurrencies by market capitalization. Currently, the canine coin is the most-traded cryptocurrency on Binance, Coinbase and Huobi.

Shiba Inu did not stop there; according to Santiment, the coin has reached and gotten over its four-month price high, adding over 370%. However, at the end of the day, SHIB faced an almost 40% correction and is currently trading with a 5% daily discount.

According to Glassnode’s indicator data, 95% of the market is currently in profit. The recent Bitcoin move above $55,000 has caused the number of profitable entities to increase by 16%. However, that may not be a good sign for the market; the last time the market reached 95% profitability, an almost immediate major 50% sell-off followed. That means that when an indicator's numbers rise, the number of traders that are looking to take profit goes up too.

Stellar Development Foundation has partnered with MoneyGram, making XLM rally more than 15% on the news. Within this partnership, Stellar Development Foundation will integrate MoneyGram’s network with the Stellar blockchain to enable payouts in multiple currencies. To facilitate fast payments, the companies have chosen USD Coin as a bridge currency. United Texas Bank will be responsible for settling transactions. The pilot phase of the project is scheduled to launch by the end of this year.