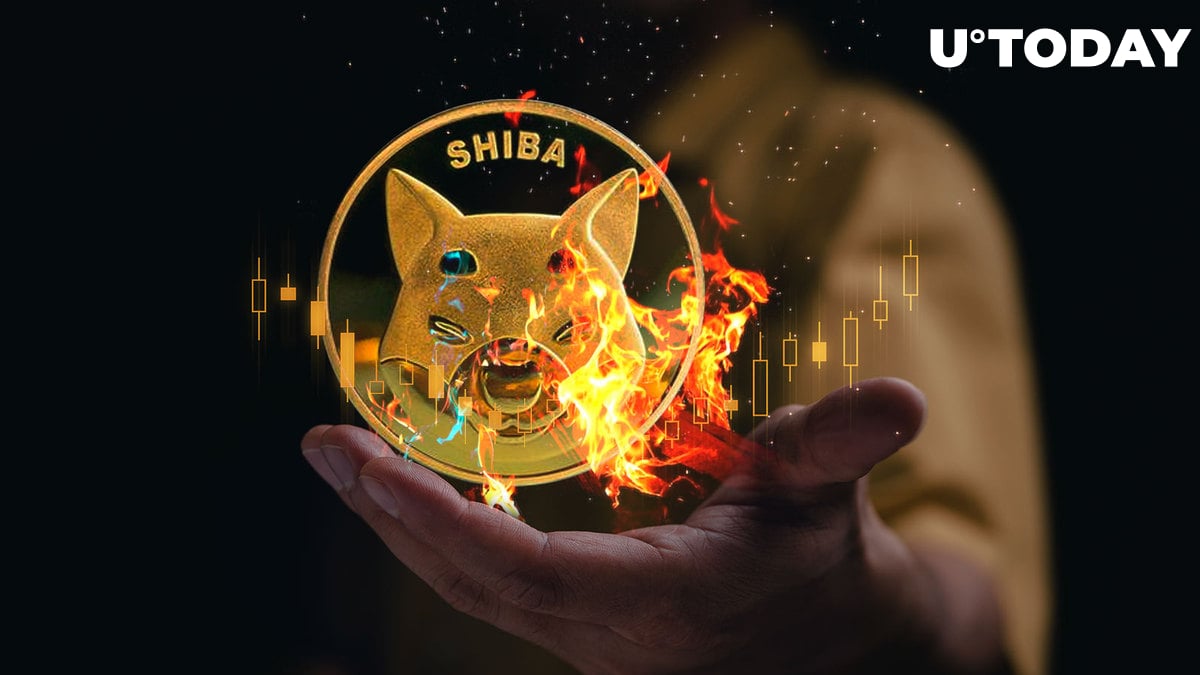 The Shibburn tracker of SHIB moved to unspendable wallets has shared that, after a recent burn of more than 133 million meme tokens, the burn rate of Shiba Inu has soared over 240%.

In the meantime, SHIB and its rival meme coin DOGE have faced major price corrections.

After a total of 133,006,651 Shiba Inu coins were locked in dead-end wallets, as spotted by Shibburn, the same source shared on its website that the overall burn rate of SHIB went through the roof, demonstrating a rise by 242.50%.

Burning this amount of SHIB and raising the burn rate took 18 transactions by various companies and individuals that are eager to reduce the circulating supply of SHIB.

On Thursday, the growth of SHIB burn rate noticed by the aforementioned website constituted 345.52%. On that day, a total of 64,506,471 Shiba Inu were removed from circulation.

As covered by U.Today earlier, online store Shib SuperStore, run by developer of games for smart phones Travis Johnson, tweeted that in August he had managed to burn 14,804,845 SHIB via an affiliate program with Amazon.

Overall, the founder of this burn project believes that Amazon is a "solid daily burner," and it remains strong for reducing the circulating supply of Shiba Inu.

Recently, Santiment data aggregator shared that the profit taking of a group of whales with SHIB and Dogecoin was what caused the rollback of these meme coins' prices from the highs reached just recently.

Prior to the price drop of both coins, transaction activity soared on both chains as transfers of crypto worth more than $100,000 each were made in both Shiba Inu and Dogecoin. This caused great selling pressure on the meme tokens, pushing their prices down after a short-term rise and top price levels reached on Tuesday and Sunday.