Patrick Thompson
The SEC has suspended trading for three public companies that have made Blockchain related announcements. 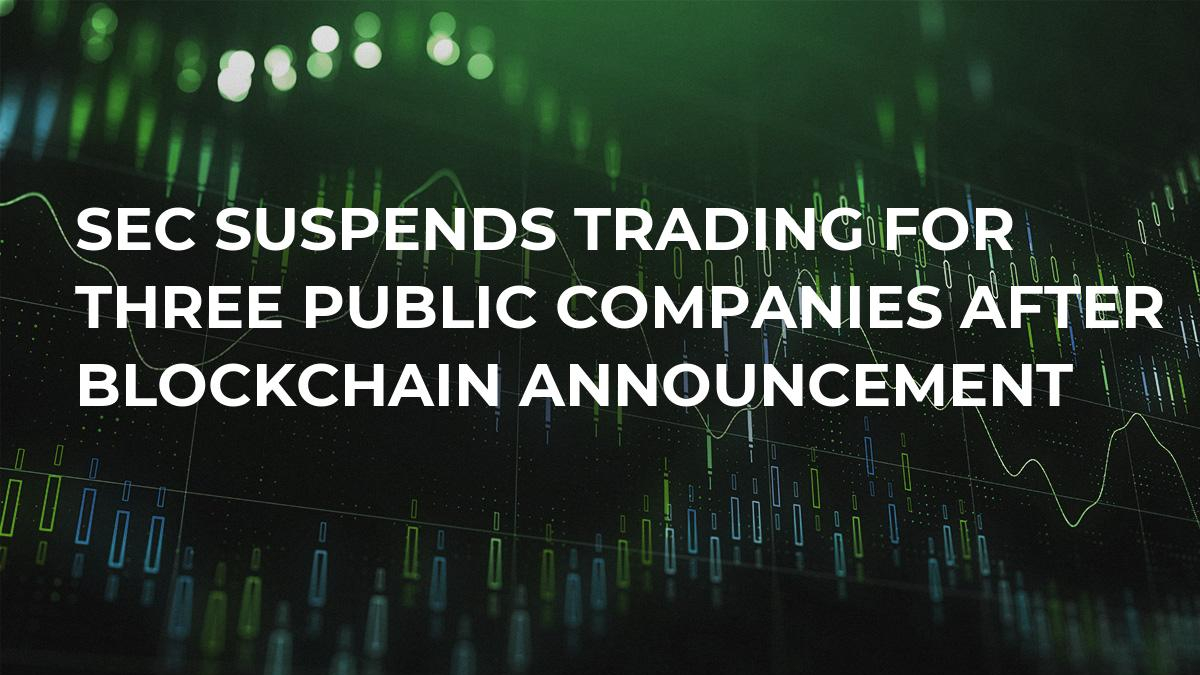 What prompted the SEC to halt the trading of these companies was a recent press release by all three stating that they had acquired AAA-rated assets from a subsidiary of a private equity investor in cryptocurrency and Blockchain technology. To add insult to injury, CHIT had not been filing annual and quarterly reports with the SEC. What also troubled the SEC was CHIT’s announcement of a financial commitment they made to launch an ICO. The actions of the three companies have led the SEC to question the nature of these companies’ business operations and the value of their assets.

Patrick Johnson, the CEO of all three of the companies said, “We haven’t made any false claims about anything that we have put out.”

But just because Mr. Johnson alleges that his companies have not put out any false claims does not mean that it is true. Recently, there has been a series of troubling Blockchain related claims being made by public companies. Companies that are nearly underwater have been making public announcements that they will be incorporating Blockchain technologies into their business operations. When companies make announcements of this nature, they usually see their stock prices increase about 200 percent on average. In one case, Long Island Iced Tea Corp. changed their name to Long Blockchain and saw their stock rise 300 percent. When Eastman Kodak announced that they would be creating a digital asset called the Kodak Coin their stock rose more than 200 percent.

However, the practice of struggling companies changing their name and business model to incorporate the word “Blockchain” has the SEC worried that companies are using cryptocurrency and Blockchain technologies to capitalize on the gains that come with the trends. Jay Clayton, the chairman of the SEC said, “Fraudsters often try to use the lure of new and emerging technologies to convince potential victims to invest their money in scams.”

It would not be surprising if algorithm trading related to the words cryptocurrency and Blockchain is taking place. If developers create an algorithm that is keen on cryptocurrency and Blockchain related business, an investor may strike gold by putting their money into a company that could one day be as big as Google due to their blockchain innovations. Seeing companies take advantage of emerging technologies is nothing we haven’t seen in the past. During the dot-com bubble, companies like Pets.com turned out to be worthless despite the “dot com” in their name. Considering that Mr.Johnson claims all three statements are in line with events that have actually taken place, it will be interesting to see what happens to his companies after further investigation.