Yuri Molchan
Leading Bloomberg analysts believe that the SEC is likely to approve the Bitcoin futures ETF filings, and they may be launched by the end of October 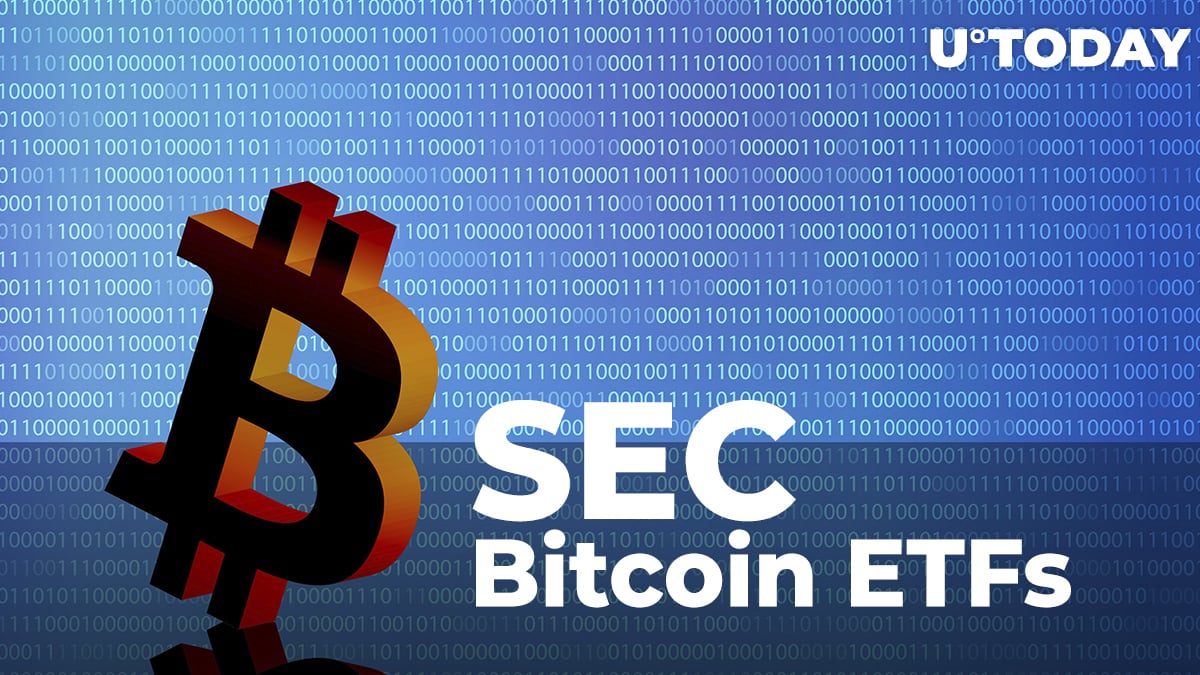 Bloomberg's senior ETF strategist, Eric Balchunas, has taken to Twitter to share that recent Ether ETF withdrawals by VanEck and ProShares are a good sign, meaning that Bitcoin futures ETFs may be approved soon.

He referred to a note by Bitcoin intelligence ETF analyst James Seyffart.

Balchunas tweeted that once a Bitcoin futures ETF gets SEC approval, this exchange-traded fund would be launched approximately 75 days later. He cites a new note published by Seyffart earlier today.

The most probable ETF that is likely to be launched, Balchunas says, is the one filed by ProShares.

However, he adds that this company should avoid the first-mover advantage here.

As reported by U.Today earlier, VanEck and ProShares withdrew their Ethereum ETF filings (in which they intended to give investors exposure to regulated Ether-based futures) just several days after submitting them.

Back then, Balchunas opined that the two companies may have had a conference call ("Godfather" style) with the SEC, in which the regulatory agency rejected the filings.

Previously, U.Today covered that another company, Kryptoin, filed for an Ethereum ETF with the SEC after submitting a filing for another Bitcoin ETF in April.

New note out today from @JSeyff re how the Ether ETF withdrawals adds to likelihood that a bitcoin futures ETF will be launched by end of October with ProShares as favorite, altho it could (and arguably should) be a group to avoid first mover advantage. pic.twitter.com/zXFFgmEHw6

Earlier this month, several consecutive Bitcoin ETF filings were submitted to the SEC under the 1940 Investment Company Act as required by the agency's chairman, Gary Gensler.

According to him, an ETF filed under this act ensures substantial protection for investors. Among those companies were Invesco, Mike Novogratz's Galaxy Digital and VanEck.

Wilshire Phoenix co-founder William Cai, however, reckons that no Bitcoin ETF is likely to be approved in the United States until next year.