Yuri Molchan
Investment guru Robert Kiyosaki has published a video in which he criticizes Warren Buffett for sticking to cash and trashing Bitcoin, gold and the stock market 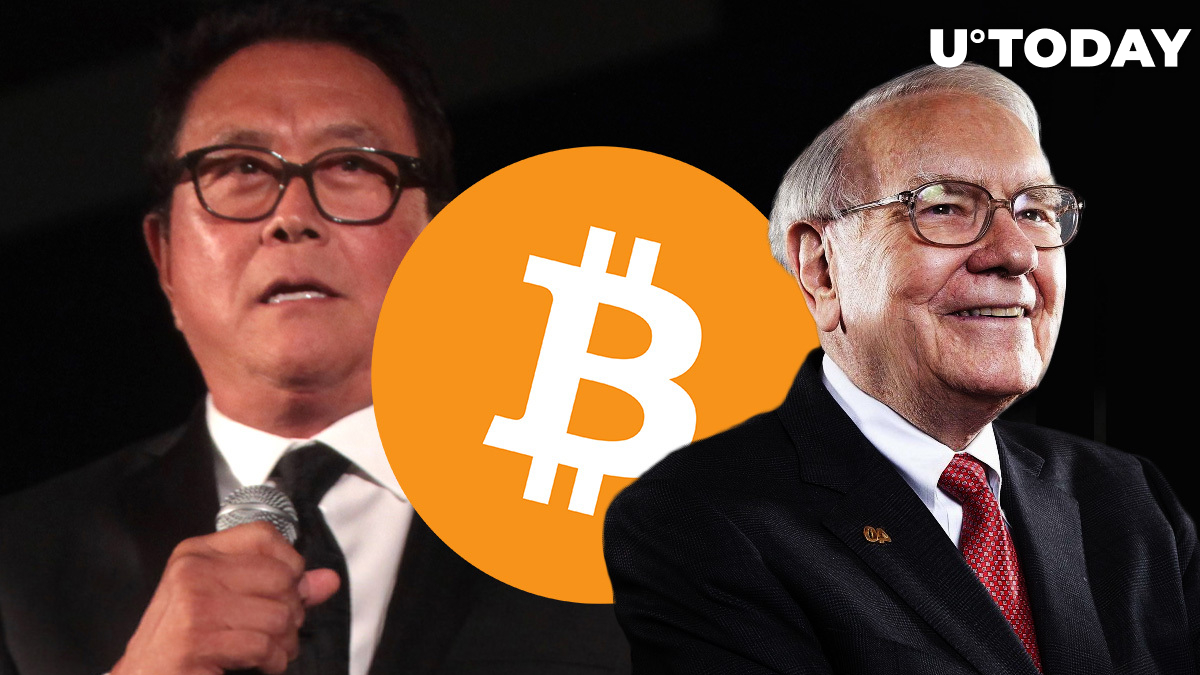 Prominent investor and ‘Rich Dad, Poor Dad’ author, Robert Kiyosaki, has continued supporting Bitcoin with his YouTube videos and tweets, even though he says he is not endorsing BTC.

In his recent video, he takes a stand against the world-famous Berkshire Hathaway CEO Warren Buffett for his persistent criticism of Bitcoin and gold and for sticking to the USD as an asset.

The latter is dying due to Fed incompetence and the QE resulting from it, as per Kiyosaki's recently published tweets.

In the video, the renowned investor and author of books on financial competence, Kiyosaki, reminded the audience of the current QE which continued last week.

He also mentioned billionaire Paul Tudor Jones recently taking a position in Bitcoin, which Kiyosaki believes to be a signal for old-school investors to get out of USD and into the new, digital gold – BTC.

Paul Tudor Jones compared the currents state of Bitcoin to gold and its low price in 1971, which was only $35 per ounce. Kiyosaki stated that within the following years XAU ran up to $850. Its current price is $1,779.

The investor and author of books on financial literacy has been a vocal proponent of silver and gold as safe haven assets (and recently Bitcoin). In his recent tweet, he shared his expectations that in three years Bitcoin would be worth $75,000. Gold would hit $3,000 in one year and silver – (with a current price of $17) would rise to $40 in five years.

The investment guru also mentioned Warren Buffett, who is a convinced Bitcoin hater. A few years ago, he called Bitcoin ‘rat poison squared’. Early this year, Tron CEO Justin Sun had a charity dinner with Buffett and even presented him with a wallet containing BTC and TRX.

The talk with Sun and several other leaders of the crypto industry (Litecoin founder Charlie Lee, eToro CEO Yoni Assia, etc.) did not convince Buffett to change his take on the flagship crypto. However, he does believe blockchain itself to be promising.

In his video, Robert Kiyosaki is criticizing Buffett by saying that his investment ideas are too old. Kiyosaki stated that Buffett, at the moment, believes USD to be the best safe haven asset and is sitting on $150 bln in cash.

Not only does Buffett hate Bitcoin, he says, but he also has no trust in gold and believes the stock market to be a bubble, even though the former is currently doing well, despite the recent collapse.