Yuri Molchan
?⚙️On Wednesday, 1 bln XRP coins were released from the escrow wallet and transferred to the crypto market 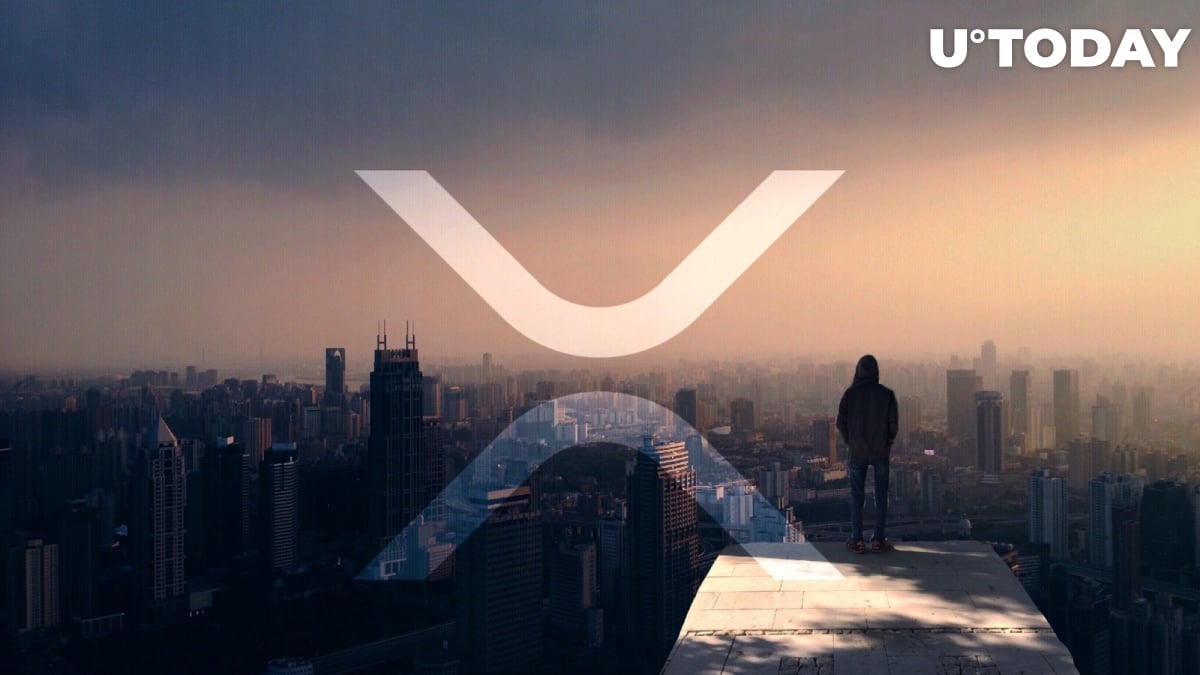 Twitter user Whale Alert, which keeps tracks of various big-numbered crypto transactions, has posted a message notifying the community that another portion of XRP has landed in the market.

Ripple releases another portion of XRP 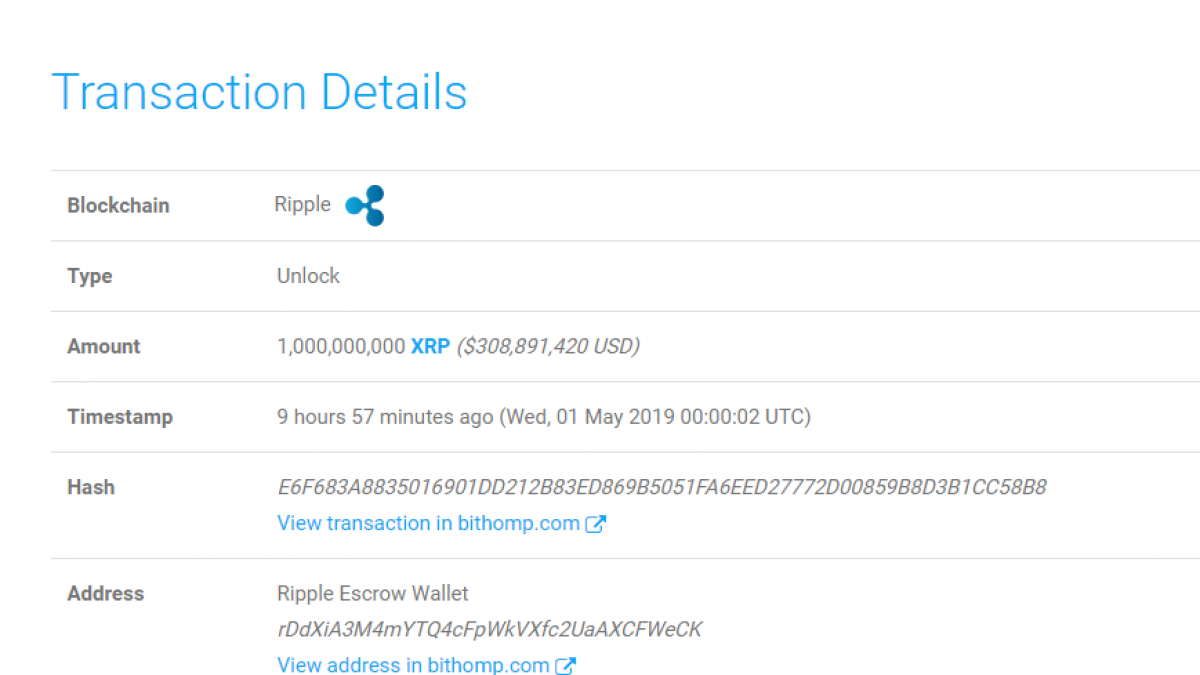 The transaction was conducted nearly 10 hours ago, just as May 1 started.

In its report for Q1 2019 published recently, Ripple said that in Q1 the company had sold XRP for nearly $170 mln, which is 0.32 percent of Ripple’s global volume. Also, Ripple released three bln XRP coins – 2.3 bln of them were later returned to escrow.

The previous 1 bln portion of XRP was released on April 1.

The use cases of XRP have been increasing gradually. Among the companies that are developing new apps for the XRP ledger is XRPL Labs. This company has been recently funded by Ripple, along with Forte and Bolt Labs.

The former creates programming tools letting game devs integrate DLT into games which already exist or are being constructed. The latter creates payment options based on zero-knowledge proofs, commitments and blind signatures.

The new coins released by Ripple today will be used for supporting new developments in the Ripple ecosystem and also sent to exchanges for trading.

Related
Tether Mystery Solved: Only 74% Is Backed by Real USD

The XRP community provided various opinions in response to the news. But mainly the reaction was negative. Twitter users keep bringing up the fact that XRP is centralized and can manipulate the XRP rate with such ‘XRP releases from the escrow’ as they wish. 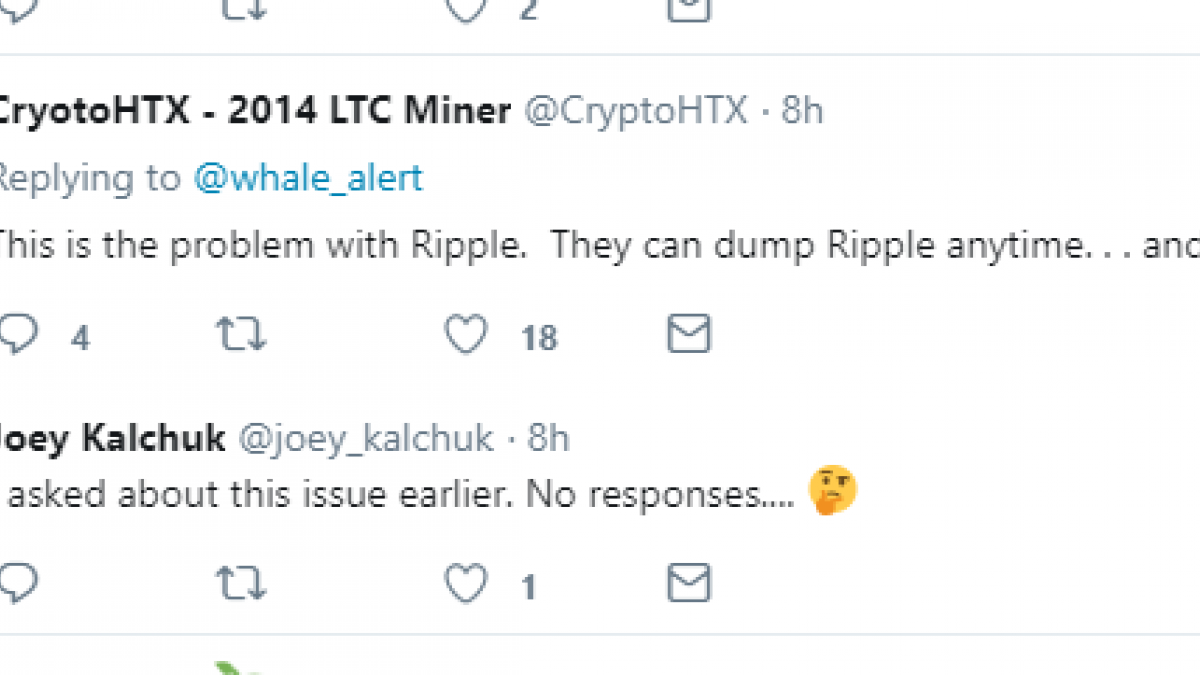