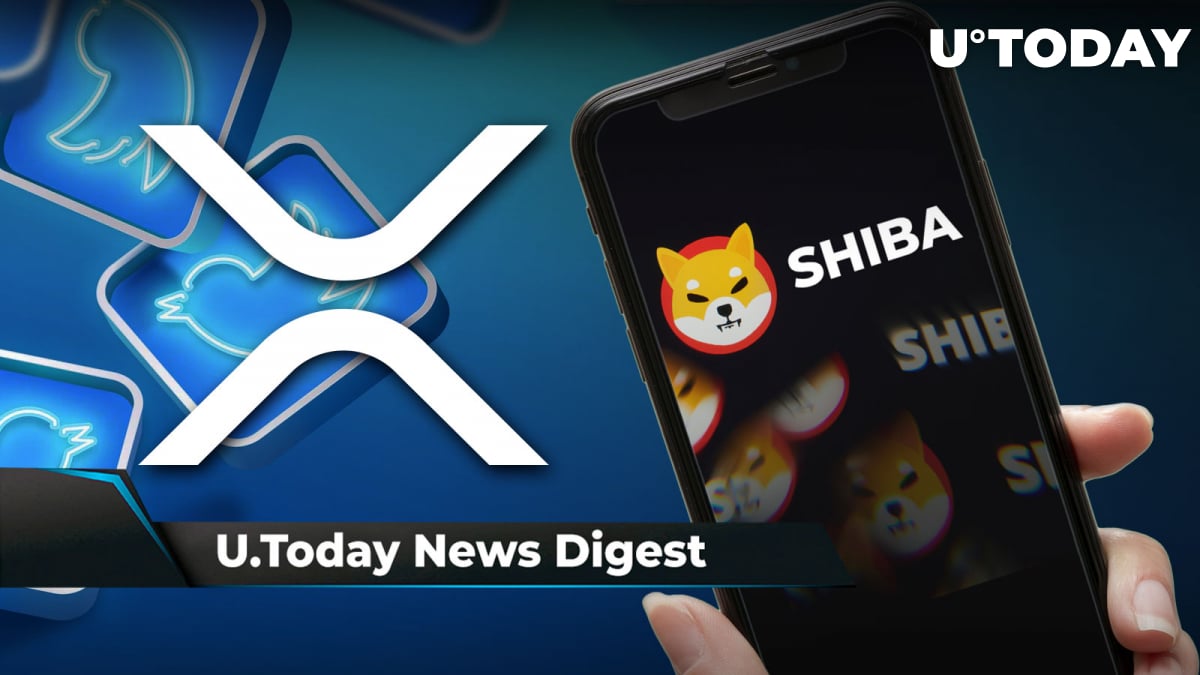 In a recent tweet, LBRY, a P2P content distribution network, announced its defeat against the SEC after the U.S. District Court for the District of New Hampshire ruled that LBRY offered its LBC token as an unregistered security. The project’s team then proceeded to say that they are going to “lick their wounds for a little bit” but are not giving up. The regulating agency sued LBRY for selling unregistered securities just months after bringing a similar lawsuit against Ripple. In June, LBRY suggested that the case would have a strong impact on Ripple and the entire crypto industry. The SEC’s victory is likely to have significant repercussions for the Ripple case as the agency will use the ruling to support its stance.

Hundreds of billions of SHIB wired as expectations on Shibarium peak

As per Etherscan data shared by Twitter user @shibaplay_ yesterday, anonymous whales moved an astonishing 776 billion Shiba Inu worth $9,343,040 at the current SHIB/USD exchange rate. This large amount of tokens was shifted in three transactions of 485,794,498,147; 100,099,682,471 and 190,000,000,000 SHIB tokens. According to Etherscan, the largest transfer was made by the Binance exchange as it moved 485 billion SHIB from one of its wallets to another. Meanwhile, on Nov. 5, the Shiba Inu account revealed an official Twitter account for the Shibarium Layer 2 protocol. Since its launch, it can already boast 24,500 followers. The SHIB team stated that this profile will end up becoming a hub for all things Shibarium.

XRP could beat BTC and DOGE on Twitter, CryptoLaw founder suggests, but there's a catch

CryptoLaw founder John Deaton has taken to Twitter to disagree with Anthony Pompliano, who suggested that if Elon Musk wants to integrate crypto on Twitter, the only possible choice is BTC, not DOGE. In his reply, the CryptoLaw founder wrote that XRP was already in use on Twitter years before BTC tipping was introduced via the XRPTip Bot, which was blocked in 2020. This occurred as Twitter was developing its own tipping service, which first adopted Bitcoin. Deaton believes it happened because Jack Dorsey, the CEO back in 2020, was against all crypto but BTC and the Lightning Network, which allows for making BTC payments faster and cheaper.

According to BabyDoge’s official Twitter handle, the meme coin's DEX app has been listed on two new platforms. First, BabyDoge announced its token being listed by dapp.com, and two hours later, more good news arrived: BabyDogeSwap DEX app has been added to Coin98, a wallet, exchange and DeFi platform in one. However, these positive happenings have not affected the meme coin’s price: it remains down 7%, trading at $0.000000001362, according to CoinMarketCap. The listings come after some crypto exchanges located in South Korea and Vietnam added support for BabyDoge - ProBit Global and ONUS. Also, over the weekend, the meme coin's Twitter account hit a major milestone of 1.7 million followers.