"Relist XRP" Campaign by XRP Army Gains Steam. What Do They Demand? 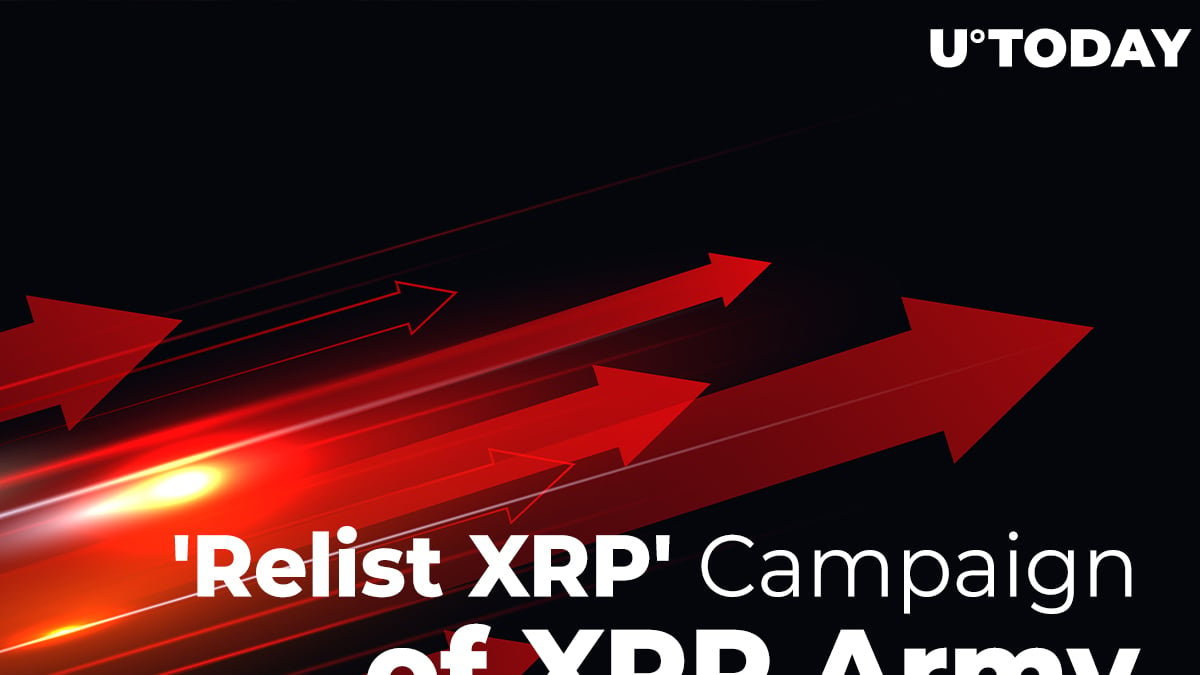 XRP Army is the largest, most passionate and aggressive community in the entire cryptocurrencies segment. Now its soldiers are attempting to bring their beloved token back to the top exchanges after panic-driven delisting.

Many XRP community activists published their posts on Twitter with "Relist XRP" hashtags. They try to draw the attention of top crypto exchanges that delisted XRP from their trading suits or temporarily halted XRP trading.

This flashmob quickly gained traction. For instance, in the Netherlands, this hashtag was among the top trending terms in the early morning hours of March 22, 2021.

Long-term XRP activist Dario Šuveljak, who goes by @stedas on Twitter, shared an infographic to cover the magnitude of challenges that XRP traders are facing.

According to his data, XRP was delisted by 17 platforms and services, including giants Binance.US, Coinbase and Crypto.com. Mainly, the platforms terminated XRP trading for U.S.-based customers only.

Is the U.S. watchdog okay with relisting?

Problems with XRP availability began when the Ripple Inc. payment mogul was charged by the U.S. SEC with offering illegal securities in the form of XRP tokens.

As covered by U.Today recently, the SEC stressed that it has no plans to sue every customer of the crypto service involved in XRP trading.

Ripple's representatives have outlined many times that XRP token should not be legally affected by the Ripple/SEC drama. Ripple CEO Brad Garlinghouse claimed that XRP trading would survive even if Ripple "goes away."