Alex Dovbnya
Famous YouTuber Tom Scott states that Brave browser raises donations in BAT on his behalf, without his consent or even awareness, thus violating GDPR 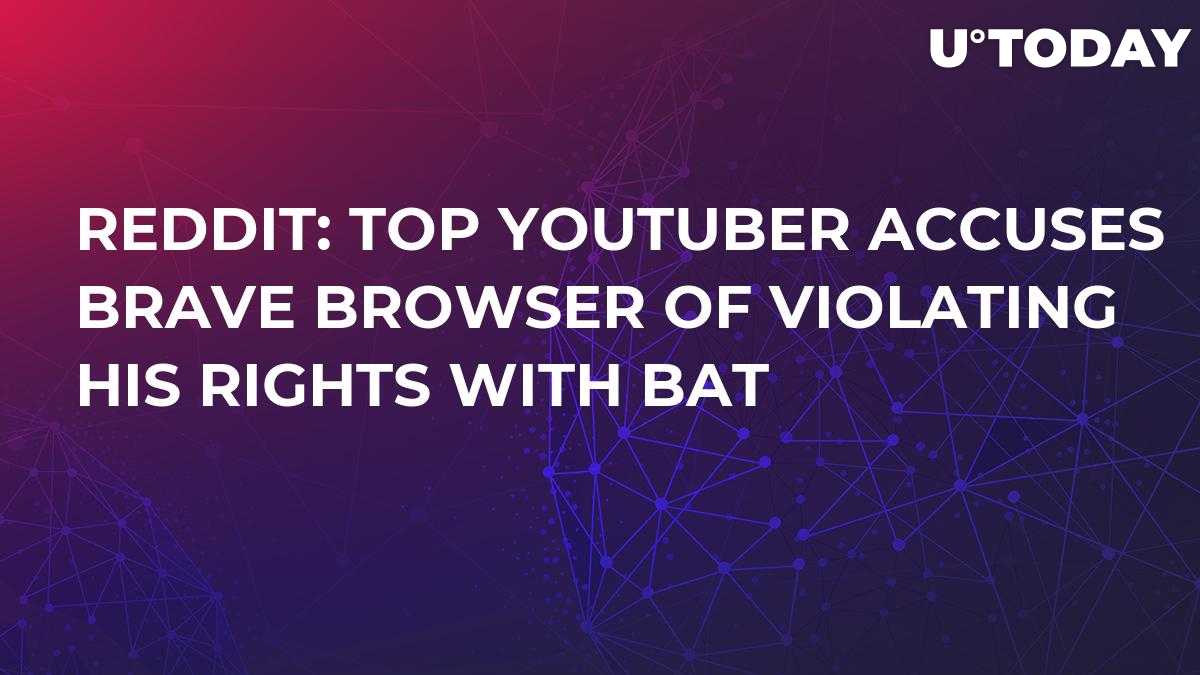 Tom Scott, a famous YouTube blogger, has put forward accusations against the adblock browser Brave, claiming the latter has been behaving unethically if not violating the law.

On his Twitter account, Scott posted a message saying that the browser is raising donations from users in BAT tokens, using Scott’s name without the blogger knowing or approving of it.

This warning is prompted by a company called Brave, who've been taking cryptocurrency donations "for me", using my name and photo, without my consent. I asked them not to, and to refund anyone who's donated; they said "we'll see what we can do" and that "refunds are impossible".

Scott also claims that the crypto startup might be violating the General Data Protection Requirement (GDPR) adopted by the EU, since it has started donation campaigns on his behalf without obtaining a consent.

When writing on Twitter about the incident, Scott mentioned that at Brave they have been using his name and even his photo to raise money from viewers. When, reportedly, he demanded that they stop and send the money back to every donator, the Brave team replied with a laconic “we’ll see what we can do”.

Basically, the money collected can be kept by Brave, as per Scott, since the terms the browser makes users agree to state they may just keep the donations. The blogger believes the Brave team gives this service for every content maker on the browser.

Brave browser is being brave

When trying to contact Brave to ask for explanations, Scott continued, at one point he just stopped receiving replies. This was after he accused them of using his personal data for their own benefit, even though Brave is known to contradict Facebook and Google for the same thing by setting out a campaign against these heavy-weights.

In conclusion, the blogger wrote that he has written his complaints to Brave officially. The browser team has admitted receiving them. Now they have a month to respond in order to obey GDPR requirements.

? Finally, I've sent Brave a formal right-to-be-forgotten request requiring that any profile they've built, and any records of donations tagged to me (via domain name, or YouTube channel, etc), are deleted. They have acknowledged it, and have a month to reply under GDPR.

Meanwhile, Brave browser has given no comments on the situation.