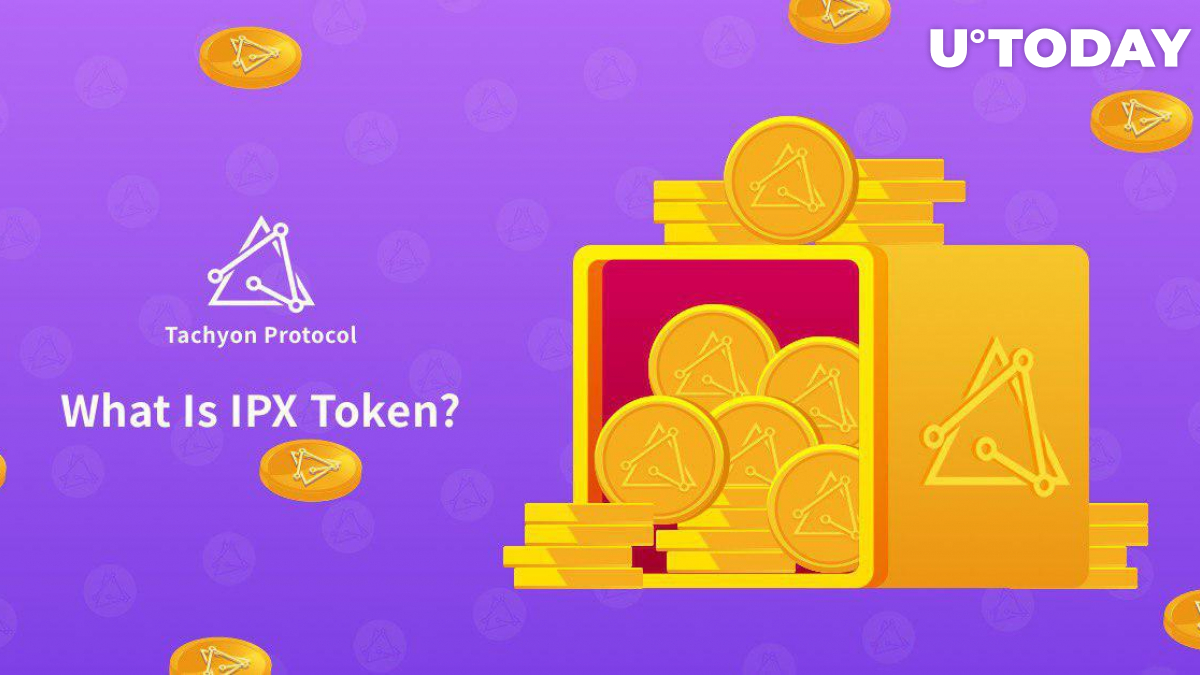 Tachyon Protocol, a decentralized internet protocol co-launched by V SYSTEMS and X-VPN, is revamping the existing TCP/IP protocol with the help of blockchain technology, mature distributed technologies (like PPPoIP, DHT and UDP), and advanced encryption technologies.

Tachyon is introducing its native token called IPX, to incentivize various participants to contribute to the positive development of the Tachyon ecosystem, and to establish a fair, transparent and efficient trading and reward mechanism.

Tachyon Protocol has organized the IPX BS Staging event in association with Bithumb Global in November, which is the global platform of leading Korean crypto exchange Bithumb. More than 25,000 users participated in the event, which saw more than 1,800,000 draws in two raffle rounds and over 700,000 IPX tokens distributed as rewards.

IPX token is the main means of authentication, transaction settlement, and community governance within Tachyon’s infrastructure. It will be issued as a digital asset on the V SYSTEMS blockchain with 1 billion initial supply. The exchanges listing is planned by the end of 2019.

As a crucial role in maintaining both the security and the decentralization of Tachyon network, IPX token will be used for the purpose of identity verification, preventing malicious nodes from monitoring traffic and undermining network security. As for decentralization part, it will ensure that the Tachyon network is always driven by community participants, such that the founding team of Tachyon doesn’t end up becoming a central concentration of authority in the Tachyon ecosystem.

In the first decentralized VPN application, IPX tokens will help to strengthen the security of the ecosystem. The VPN network will comprise of a multitude of geographically distributed nodes, which would be capable of recognizing and communicating with each other. Nodes will have to stake IPX tokens before being allowed to participate in the network governance. This will help in reliably identifying the network nodes, and also protect against Sybil and Eclipse attacks. The token will also provide a convenient and affordable means of sharing spare bandwidth among the nodes as well as network users.

As part of the roadmap, Tachyon Protocol is also implementing an open, P2P market network where nodes will provide services to other nodes. The ecosystem will support 3 different types of nodes – Client nodes to initiate connections; Provider nodes to relay the traffic; and Business nodes to purchase resources and services from other nodes. The IPX token will serve as the medium of exchange between the participants in this market and be used for activities such as pre-session locking, instant checkout and session fee collection.

Recently, V SYSTEMS has announced Staking 2.0 program, which allows VSYS holders to stake other tokens built on the V SYSTEMS mainnet. And IPX token will be in the first queue. 10% of IPX tokens, namely 100 million, will be allocated for VSYS Staking 2.0. This will be a great news for all IPX supporters and also a significant milestone for Tachyon Protocol.