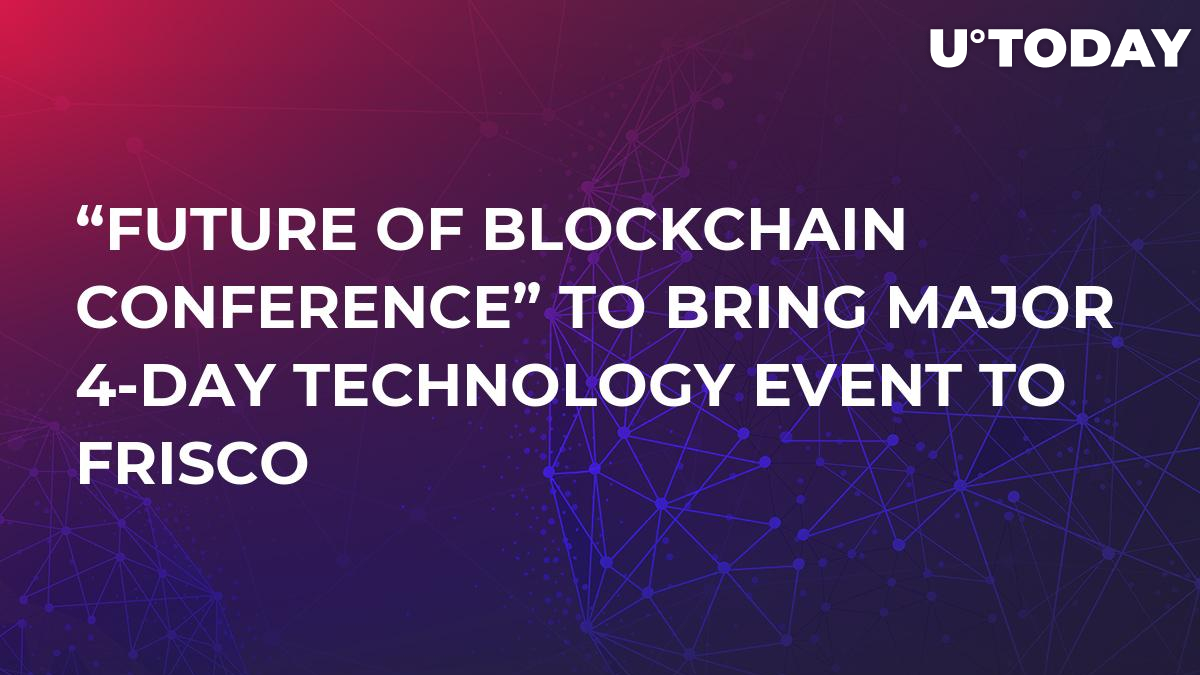 FRISCO –The Future of Blockchain Conference Dallas-Frisco 2018 (October 10-14) is one of the first major blockchain events in the metroplex to bring national and international speakers and educational resources together for businesses, investors, application developers, lawyers, accountants, tech startups, enterprise, students, and young adults.  Novices will experience hands-on, effortless engagement with blockchain technology, with the option to be issued a “proof of presence” certificate on blockchain.

Blockchain technology, also known as distributed ledger technology (DLT), secures information and promotes transparency of transactions with an immutable ledger.  Developed first for cryptocurrencies (such as Bitcoin) and smart contracts, DLT offers a mechanism for companies to improve efficiency, trust, and provenance of data, while reducing cost and waste.  This year, the Institute of Electrical and Electronics Engineers (IEEE), the world’s largest professional organization for technology professionals, launched a blockchain initiative to promote blockchain-related education, publications, and development of standards.

Distinguished speakers at the Future of Blockchain Conference will include:

…and many more. Frisco Mayor Jeff Cheney and Ron Patterson of Frisco Economic Development Corporation will welcome attendees and make a proclamation. Joining them are Michael Rondelli, associate vice president of innovation and commercialization at the University of North Texas, and Dr. Wesley Randall, dean of New College, responsible for regional campuses in Frisco. Dean Randall will reveal details of the university’s expansion in Frisco.

At the end of each course, graduates will receive a Certificate of Completion using Blockcerts, an open standard for issuing blockchain-based digital records that remain verifiable for a lifetime. Blockcerts  was developed by MIT Labs and Dallas-based Learning Machine and is the platform for issuing MIT graduates their diplomas on a blockchain.

“Companies are increasingly interested in using blockchain commercially, and there is a severe shortage of talent. Once the technology matures it will recede into the background as a layer of the internet, but until then there is an immediate unfulfilled need for learning opportunities for students and professionals,” says Farhin Ali, president of Blockchain & Crypto Education Network (BCEN), the event organizer. “This conference will cover many of the different ways individuals can intersect with blockchain and hopefully will have a hand in expanding the workforce in this area.”