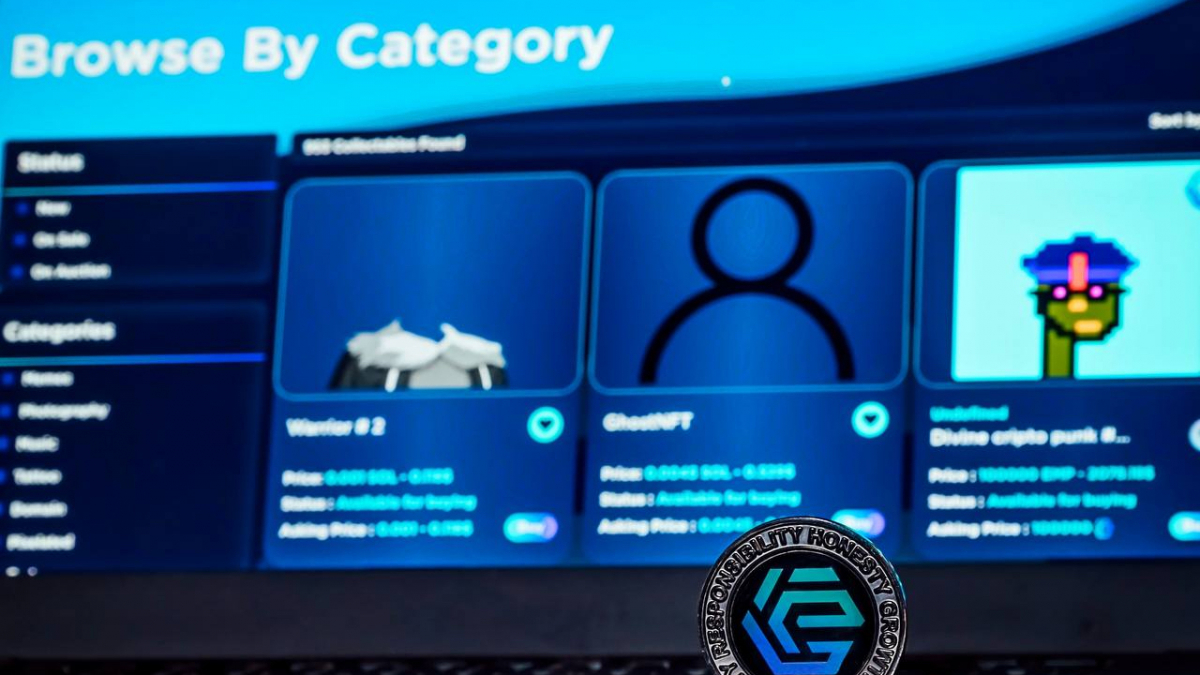 ABU DHABI, United Arab Emirates, April 8th, 2022 — Empire Token announced earlier this week the launch of the Empire NFT Marketplace on Solana. The integration allows users to utilize the marketplace to mint and trade NFTs on the Solana network.

Empire NFT Marketplace’s integration with Solana highlights Empire’s commitment to delivering products and providing solutions that are beneficial for all decentralized finance (DeFi) users. Solana is a blockchain network that supports the SOL cryptocurrency in addition to decentralized applications (dApps) such as smart contracts. As a cryptocurrency, Solana is known for its fast transaction speeds and low transaction processing costs. As an open-source blockchain platform, Solana is used by developers of non-fungible tokens (NFTs) and dApps.

Solana is designed to ensure that network usage costs are consistently less than one cent per transaction, with new blocks confirmed more than twice per second. Solana’s use of the proof-of-history operating protocol is what enables the blockchain network to operate so quickly. According to Solana, it can process hundreds or thousands of transactions per second at an average price of $0.00025 per transaction.

Projects like Serum, Mangomarkets, and Phantom are among the multi-billion dollar market cap projects Solana now operates. Solana as a blockchain protocol that is designed to be scalable and sustainable by proof-of-stake has already seen massive success with NFTs. The open-source project was created by a team of engineers from Google, Amazon, Facebook, and Microsoft. Solana’s stated goal is to “build the fastest blockchain in the world,” and it has already seen amazing success with NFT trading volume around the world.

Meanwhile, Empire is a groundbreaking project with the purpose of bridging the gap between crypto and the real world. The project intends to incorporate powerful use cases into the token, which will add value to the entire DeFi and blockchain ecosystem.

Empire aims to develop an environment that includes all of the applications required to enter the DeFi world while maintaining the decentralization factor. Empire Token is a deflationary token that can be used in any Empire Ecosystem application. To assist with this, the project is developing and deploying dApps and promoting the circulation of Empire tokens throughout its ecosystem. The aim is to provide a user-friendly interface with intuitive navigation for traders and holders alike.

Empire’s Founder and CEO Abdullah Ghandour, fondly known as the Dulla, believes that the Solana integration of the marketplace is a giant leap for Empire.

“The integration on the Solana network is a big step for Empire. We are excited to bring our community closer together and allow them to share their assets in a decentralized way and, at the same time, with a wider range of options.”

He further adds, ‘’This advancement on our NFT Marketplace comes in perfect timing since DeFiGram.io will also benefit in many aspects from the integration with the Solana network.”

Last March 24, 2022, Dulla introduced Empire’s core use case, DeFiGram.io, at the World Blockchain Summit in Dubai. The CEO shared that all Empire utilities including the NFT marketplace will be integrated into the upcoming platform.

DeFiGram.io is an all-in-one application with the goal to bring all DeFi users under one umbrella by providing their needs in one place. The beta version of the app is expected to come out in two months and the full release by the end of the year.

Empire NFT Marketplace was first launched on the BNB Chain in October followed by its Ethereum integration in November. Empire plans to further expand the marketplace by supporting more chains in the near future.