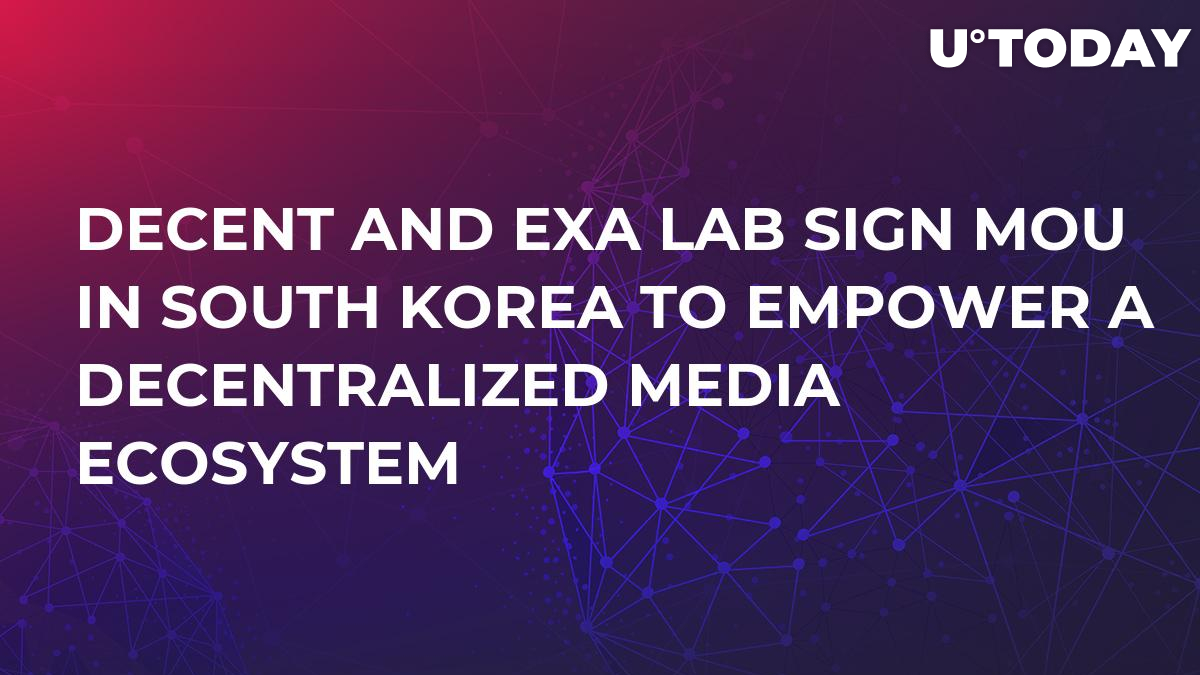 Geneva, Switzerland, November 28, 2018 - The global blockchain company, DECENT, announces its signing of mutual Memorandum of Understanding (MoU) with EXA Lab, a South Korea-based company focused on blockchain media service research and development. This collaboration will, amongst other things, contribute towards the creation of Every Media Blockchain Platform (EMP) – a media ecological public blockchain for unbundling BAADD (Big, Anti-competitive, Addictive, and Destructive to Democracy, as defined by The Economist) media – based on DECENT’s DCore blockchain technology.

The focus of the EMP platform is to tackle the issues pertaining to the monopoly on news distribution, biased information delivery, leakage of personal information used for unsolicited advertisement, induced digital overindulgence and digital addiction – all infamous trends that exist in abundance nowadays. This will be done by crafting a value exchange ecosystem in which producers, users, advertisers, developers and content service operators receive a fair compensation for the value of their content. The project aims to overwhelm such economic inequalities through targeted advertisements and tokenization.

To maintain a decentralized structure within the system, EMP will formulate the operating policy through an autonomous control organization. From the technology standpoint, the platform itself will be developed by utilizing DECENT’s DCore platform, which ranks amongst the fastest (2,000+ TPS) and most user-friendly blockchain platforms on the market. With the signing of the MoU, EXA Lab also plans to further utilize DCore for all their future endeavors.

DECENT South Korea Country Manager, John Oh, regards the platform as “promising and technologically beneficial for people who wish their efforts to be justifiably acknowledged.” He also adds: “As a DECENT representative in South Korea, I am looking forward to the establishment of this new relationship with the Korean company, and to further spread the word about the proficiency of DECENT’s advanced blockchain ecosystem.”

EXA Lab has released an informative video, further describing the concept of their project with DECENT.