Petrochemicals for Petro: Venezuela Intends to Supply Oil to Russia for Crypto Only

Yuri Molchan
As of 2019, the Venezuelan government plans to sell oil and petrochemicals only if Russia agrees to pay in Petro coin 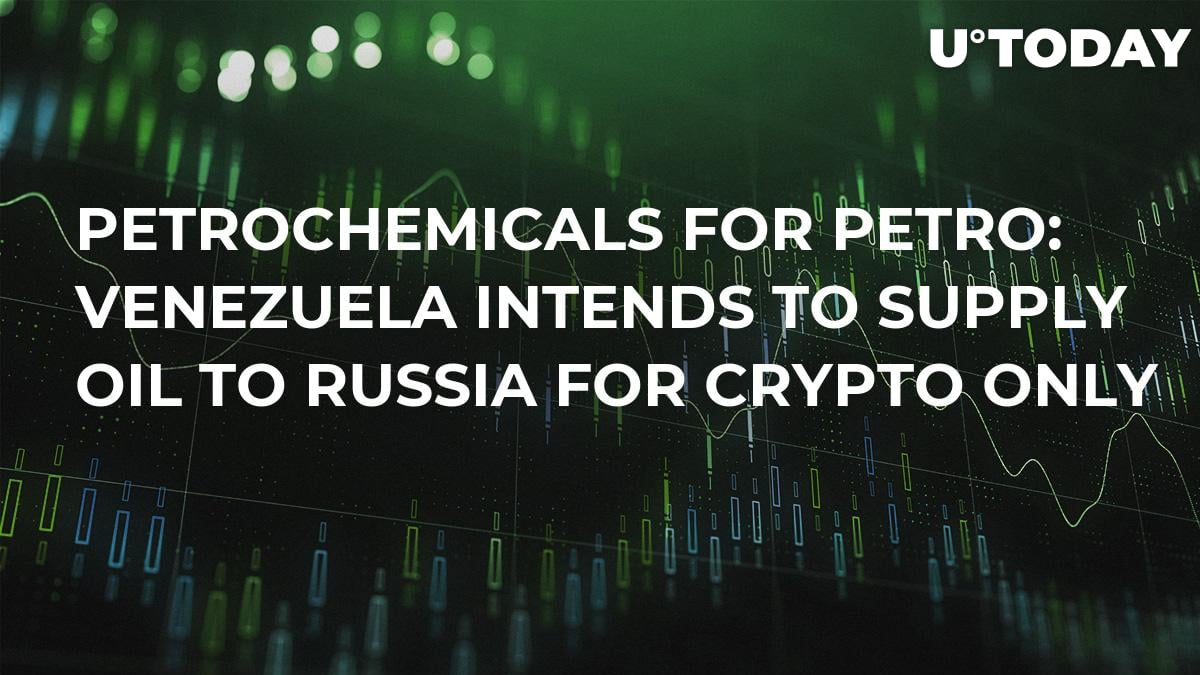 President of Venezuela Nicolas Maduro has recently negotiated with head of Russian government Vladimir Putin about further collaboration between the two countries. One of the subjects of their discussion was Venezuela supplying oil to Russia on new terms.

Nicolas Maduro wants to receive the Venezuelan allegedly oil-backed crypto coin Petro as payment for oil and petrochemicals. VTV Canal 8 reports that the two presidents came to an agreement on this.

President Maduro calls this a Russian oil investment. Apparently, an oral agreement has been made so far, purchasing oil for $5 bln in crypto. Apart from that, Russia will help Venezuela with the gold-mining industry, weapon systems and provide military experts to teach the local instructors deal with the latter.

In an interview, Maduro mentioned that the Venezuelan side has given a layout of all pros of using digital currency to the Russian partners and negotiations on using Petro in mutual settlement payments.

Petro as a tool to avoid economic sanctions

Nicolas Maduro has several times stated that he intends to use Petro currency to evade sanctions imposed on Caracas by the USA. Presently, on orders of the Venezuelan president, the rate of the Petro has been raised in order to fight the hyperinflation the country has been in.

Maduro also stated that the proposal has already been included into an economic roadmap for the cooperation between Russia and Venezuela made by a commission with members from both side. The plan will start to be implemented in spring 2019.

Crypto developers and general experts in politics and the economy believe that the Petro coin is a fake which is hardly backed by any physical assets. Venezuelan government has still not revealed the secret – oil in which exact region of the county backs the crypto coin.

What they assume is that even if there is an oil area which could be used for it, the country cannot afford erecting the necessary infrastructure to produce energy commodities.