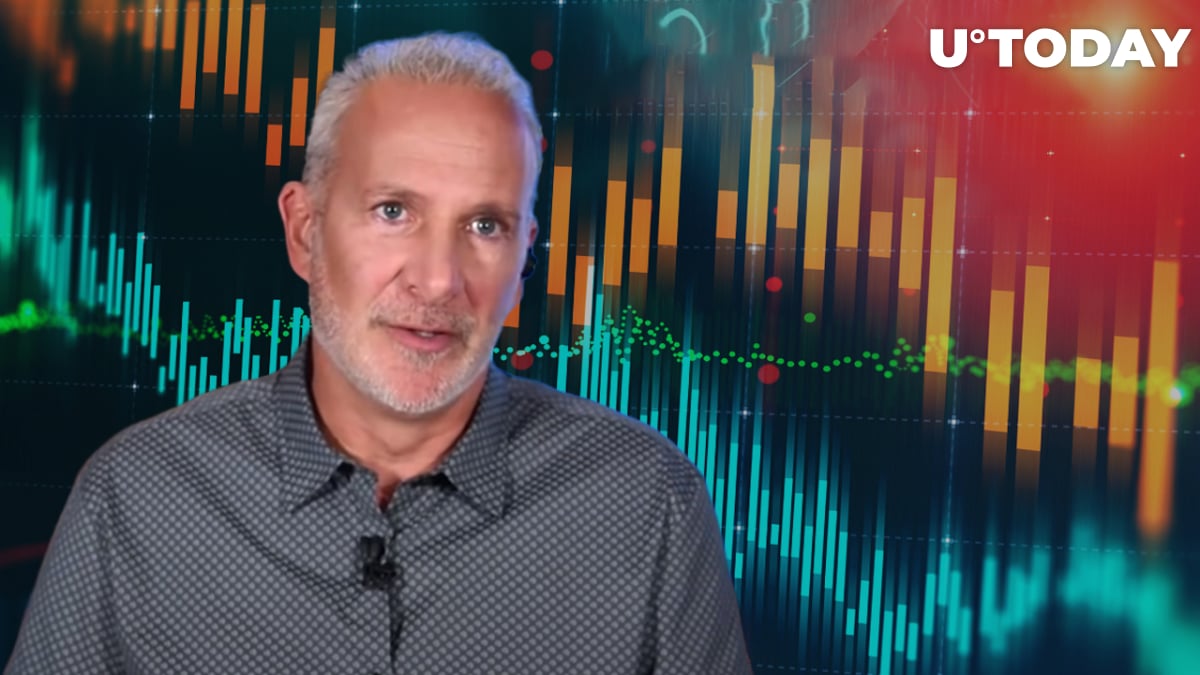 CEO of Euro Pacific Capital and chairman of SchiffGold investment fund Peter Schiff has shared an Ethereum chart, predicting a massive ETH fall back to May 2021 lows.

He pointed out that the chart shows a combination of two super bearish patterns that may push the second largest coin substantially further down from its current level.

Peter Schiff has compared the Ethereum chart with the one he had earlier posted for Bitcoin, stating there was an "ominous combination" for the leading cryptocurrency on it.

Similarly, here he pointed out to a similar thing. A Double Top pattern appears in combination with a Head and Shoulders top, which has emerged on the former.

Thus, Schiff tweeted, the chart shows that Ethereum is likely to continue falling and may hit the "lower yellow line" that is placed at the $1,000 level and is a minimum decline mark. The last time Ethereum traded at this price mark was in early May—one year ago.

Support for #Ether at the upper yellow line has clearly been violated and the chart projects a minimum price decline to the lower yellow line. As with #Bitcoin this chart pattern combines an ominous double top with a head and shoulders top on the right side of the double top! pic.twitter.com/fDQaUDCWFz

On May 16, gold bug Schiff took to Twitter, sharing that he spotted the aforementioned "ominous" combination of extremely bearish patters on the Bitcoin chart, stating that BTC had "a long way down" in front of it.

He expected Bitcoin to fall to the $8,000 level. However, later on, he shared his surprise on Twitter that Bitcoin was "holding up this well."