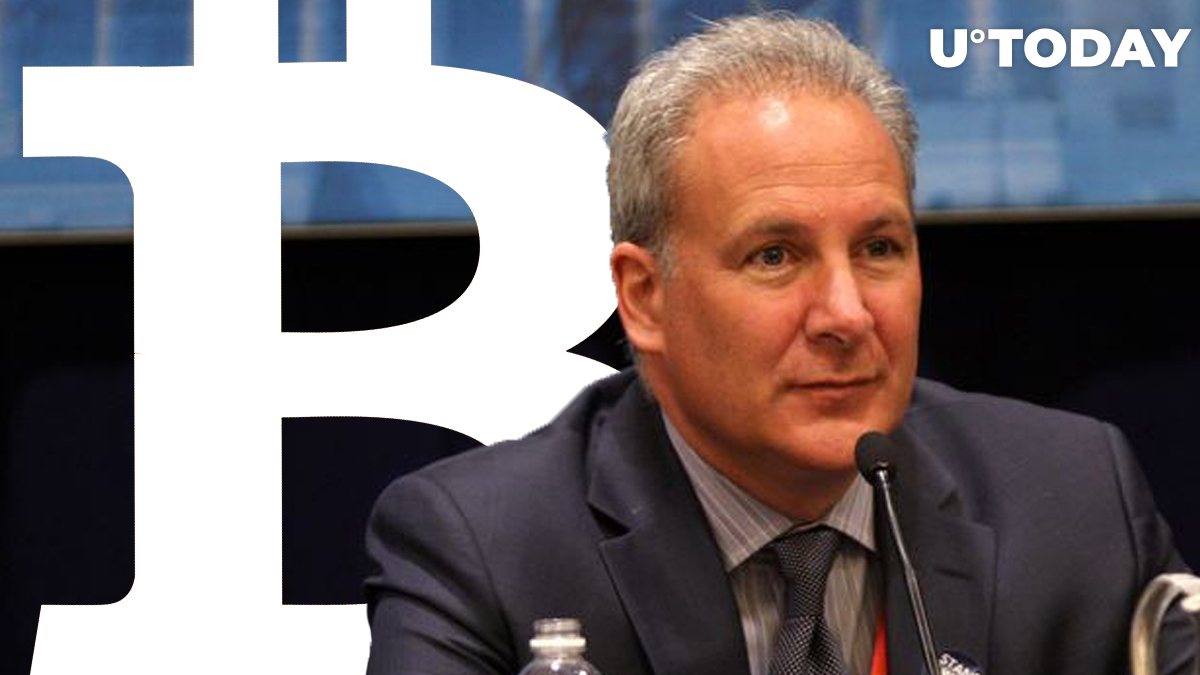 Peter Schiff of Euro Pacific Capital has taken to Twitter to share his usual warning about Bitcoin—its price is heading south.

The gold bug mistakenly notes that the world’s largest cryptocurrency is failing to catch up with gold and silver:

"The failure of Bitcoin to rally with gold and silver is a warning that it's headed lower, which confirms its bearish technical pattern."

Gold and silver on a tear

Schiff’s tweet was in reply to a bullish call made by Hayman Capital Management founder Kyle Bass.

As reported by U.Today, Bass, whose hedge found rose to prominence by correctly betting on the collapse of the U.S. housing market in 2008, recently predicted that precious metals and Bitcoin were ready to make major moves.

Shortly after that, both silver and gold staged a major breakout, with both of them surging to multi-year highs.

The gold bulls pushed lustrous metal $1,839 per ounce earlier today, which is just four percent from its September 2011 all-time high of roughly $1,924. It has so far rallied 22 percent this year.

According to Bass, this was expected due to "the sheer amount of money printing" around the globe. The EU recently agreed on a contentious $2 tln stimulus deal while U.S. lawmakers are actively working on yet another relief bill.

The bar is too high

The Bitcoin price also popped to an intraday high of $9,442 on the Bitstamp exchange, breaking its tedious streak of extremely low volatility.

After rebounding from the March crash, the leading cryptocurrency is up more than 27 percent year-to-date, slightly outperforming gold.

Back in April, Schiff acrimoniously remarked that Bitcoin was already supposed to reach $50,000 due to the favorable macroeconomic backdrop.